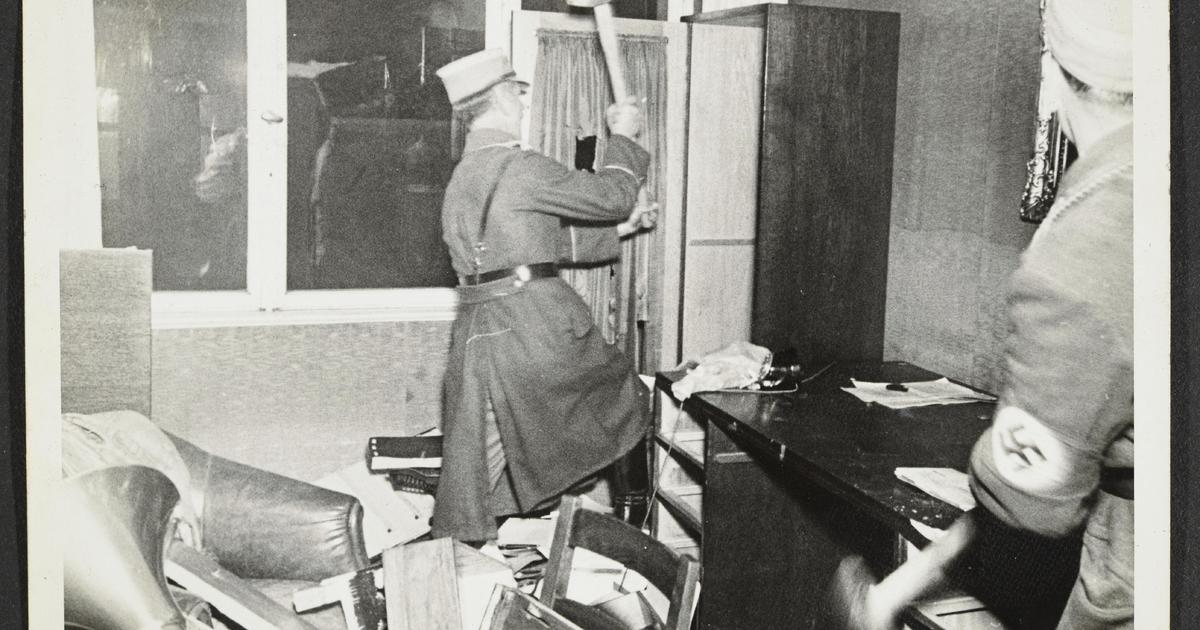 Jerusalem — Images of the 1938 Kristallnacht pogrom against German and Austrian Jews have surfaced in a collection of photographs donated to Israel’s Yad Vashem memorial, the group announced Wednesday. One depicts a group of smiling, well-dressed middle-aged German men and women casually seeing a Nazi officer smashing a storefront window. In another scene, brownshirts reportedly transport Jewish literature for burning. Another image depicts a Nazi officer dousing the pews of a synagogue with gasoline before setting it ablaze.

The violence is usually seen as the beginning of the Holocaust, in which 6 million Jews were exterminated by Nazi Germany.

The head of Yad Vashem’s photo library, Jonathan Matthews, stated that the photographs debunk the Nazi fiction that the attacks were “a spontaneous eruption of violence” rather than state-sponsored pogroms. Photos depict firefighters, SS special police officers, and members of the general population engaging in Kristallnacht. The photographers were key components of the proceedings.

Matthews remarked that these were the first photographs he was aware of capturing acts taking place indoors, as “the majority of images we have of Kristallnacht are exterior shots.” Overall, he added, the photographs “provide a lot more intimate view of what’s occurring.”

During the pogrom in Nuremberg and the adjoining village of Fuerth, Nazi photographers captured these photographs. During World War II, they came into the custody of a Jewish American soldier stationed in Germany. How exactly he obtained them is unknown, as he never discussed them with his family.

How the United States let down European Jews during the Holocaust 07:39

The album was handed to Yad Vashem by his relatives, who declined to divulge his identity, as part of the institution’s endeavor to gather items maintained by Holocaust survivors and their families.

Yad Vashem stated that the photographs demonstrate that the German populace was aware of what was happening and that the violence was part of a methodically orchestrated pogrom conducted by Nazi authorities. Even photographers were brought in to film the atrocities.

This photograph issued by Yad Vashem, the World Holocaust Remembrance Center, depicts German Nazis standing next to a looted Jewish property during the Kristallnacht pogrom on November 10, 1938, most likely in the German town of Fuerth. Yad Vashem/Associated Press

Dani Dayan, chairman of Yad Vashem, stated that the photographs will “act as enduring witnesses long after the survivors are no longer there to attest to their own experiences.”