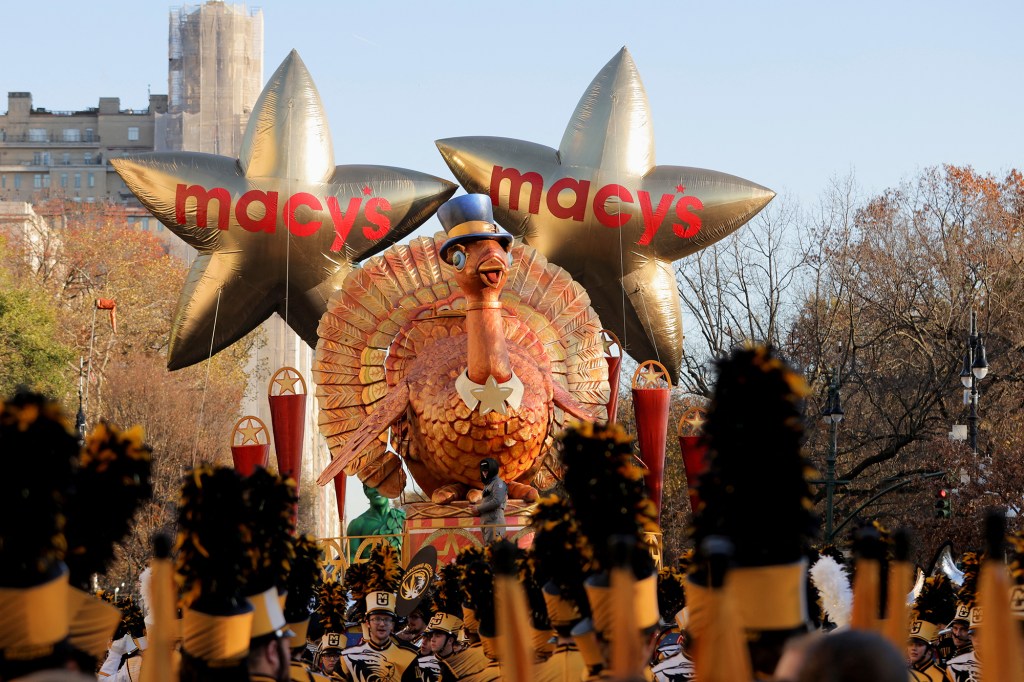 Early Thursday morning, New Yorkers packed the streets of the Big Apple, basking in the sun and pleasant winter weather in anticipation of the 96th annual Macy’s Thanksgiving Day Parade.

The iconic Thanksgiving tradition began at 9 a.m. near the intersection of 77th Street and Central Park West to the cries of fans eager to see traditional balloons like Snoopy and Pikachu, as well as some of this year’s new arrivals like Bluey.

Marisa Lau, a teacher from Sacramento, California, who is celebrating her 40th birthday, had wanted to attend the parade since she was a child.

“This is a dream come true for me,” Lau told The Post from her vantage position at 53rd and Sixth, while wearing a pair of turkey earrings.

“This is my favorite Thanksgiving. It will be larger and better than on television. I cannot wait to cheer, yell, and wave. “It will reawaken my inner kid,” exclaimed the ecstatic onlooker.

Santa Claus is scheduled to make a special appearance and close the event, which for many signifies the official start of the holiday season. As a result, the massive crowd has attracted both New Yorkers and tourists seeking to participate in a tradition that marks the beginning of the holiday season.

The cherished Macy’s parade returned last year after being virtual during the COVID outbreak.

This year, several new balloons will be released into the New York City sky, including Bluey, a character from a popular Disney Junior animation about a 6-year-old Australian Heeler dog and her family of dogs.

This year’s new additions also include the popular children’s novel “Diary of a Wimpy Kid,” the electric green dinosaurs Dino and Baby Dino, and Stuart, the one-eyed Minion.

“Astronaut Snoopy”, “The Boss Baby”, “Chase” from “Paw Patrol”, “The Pillsburgy Doughboy”, “Ronald McDonald”, “Red Titan” from “Ryan’s World”, “Papa Smurf” from “The Smurfs”, “Spongebob Squarepants”, and “Pikachu” and “Eevee” from “Pokémon” are among the returning balloons.