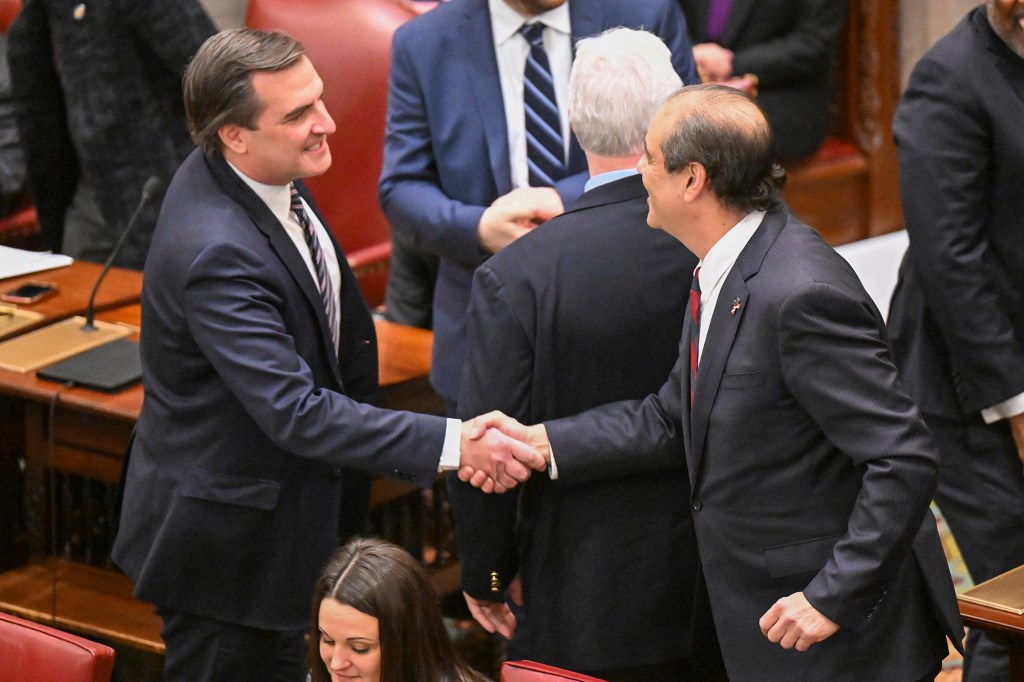 State legislators voted Thursday to give themselves a record raise and increase their taxpayer-funded pay to $142,000 per year, giving them the highest salaries in the country despite continued inaction on critical issues such as New York’s controversial bail reform law and the migrant crisis in New York City.

The 29% increase to their present $110,000 salary would result in compensation that are more than three times the average $43,208 earned by New Yorkers.

In addition, lawmakers might continue to earn an unlimited amount of money from outside sources until 2025, when the general ceiling would be set at $35,000.

The $32,000 rise would take effect on January 1 if Gov. Kathy Hochul approves the measure passed at a hastily convened special session of the Legislature in Albany during the lame duck session.

The Senate voted 32-23 in favor of the rise, which was then approved by the state Assembly by a vote of 81-52.

Hochul, a Democrat, has 30 days following the conclusion of the special session to sign or veto the hikes, under state law.

In the event of a veto, they may still become law if two-thirds of both chambers decide to override the veto.

When asked what Hochul would do, the governor’s office did not immediately reply.

“Are criminal justice changes being addressed? We will not do that. Do we intend to repair the unemployment insurance fund? It’s bankrupt. “We will not return to do it,” he declared. We’ve returned a few days before Christmas to increase our salaries.

Crystal D. Peoples-Stokes, leader of the majority in the Assembly, discusses the legislation.
AP

Sen. Elijah Reichlin-Melnick (D-Nanuet) voted against the raises, stating, “Inflation has touched everyone, and it doesn’t feel fair for legislators to increase their compensation at a time when people are facing the pain of economic hardship.”

Reichlin-Melnick, who lost his re-election campaign to Republican Bill Weber last month, stated, “If this were the correct thing to do, we could have addressed it during the regular session.”

Earlier, outgoing Assemblyman Mike Lawler (R-Pearl River) tweeted: “Driving up to Albany this morning — not to do anything significant or to address the problems affecting New Yorkers, of course not.”

The 29% increase in their present compensation would result in wages that are more than three times that of the ordinary New Yorker.
AP

“We are being asked to increase the salaries of the Albany Democrats by $32,000,” stated Lawler.

Additionally, Lawler, who was elected to the US House of Representatives last month, stated that Hochul “should be embarrassed for going along with this.”

“Weak and pitiful,” he described the governor.

The Post reported exclusively on Wednesday that Hochul attempted to link the proposed pay raises to stricter bail requirements for defendants charged with severe felonies, domestic offenses, and hate crimes.

State Senator John Mannion (D-Syracuse) gained reelection by 10 votes over Republican Rebecca Shiroff on Monday after a recount of his close battle with Rebecca Shiroff.

The triumph of Mannion expanded the Democrats’ veto-proof supermajorities in both the Senate and the House of Representatives.

Former three-term Republican governor George Pataki told The Post that he would veto the hikes regardless if he were still in office, stating that legislators “should be trying to give Christmas gifts to the people of New York, not themselves.”

“Especially a legislature that has shredded the state’s criminal justice laws, spent foolishly, and hiked taxes to the point where New York City residents are the state’s highest-taxed,” he said.

Hochul, a Democrat, has 30 days following the conclusion of the special session to sign or veto the hikes, under state law.
AP

“The legislative men are amused. “They can get away with anything,” he stated. They are humiliating her and getting away with it.

Sheinkopf added that Hochul’s political standing may suffer as a result of his error.

According to the National Conference of State Legislatures, the proposed raise would catapult New York’s basic compensation for legislators over the current leader, California, whose base salary is $119,000. However, the Golden State additionally pays up to $214 per day for attending legislative sessions.

According to the NCSL, the District of Columbia pays its council members more than any other state: $152,813 each member and $210,000 for the chair.

The 2018 proposal contained two more hikes that would have culminated in a $130,000 yearly salary.

A conservative organization, the Government Justice Center, argued in court that unelected authorities lacked the authority to set a 15% cap on parliamentarians’ outside income, which was related to their higher salaries.

»New York politicians give themselves a massive pay boost, but disregard crime and refugees«