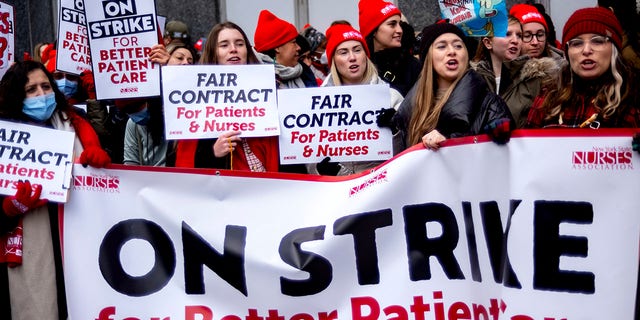 The nurses’ strike that forced four New York City hospitals to scramble for covering after 7,000 nurses walked off the job has ended, one of the hospitals announced early Thursday morning.

“The strike has ended and an agreement has been reached,” tweeted Mount Sinai Health System.

On Monday, hundreds of healthcare professionals were seen picketing outside Mount Sinai in Manhattan, as the strike began.

A travel nurse working at the hospital as a result of the strike revealed in an exclusive interview with The Post that the walkout had crippled the facility, with skeleton personnel juggling an onerous workload.

At one o’clock in the morning on Monday, the strike began at Mount Sinai’s main campus on the Upper East Side and at three locations of Montefiore Medical Center in the Bronx. Other hospitals in the city had recently negotiated tentative agreements with their union-represented nurses.

This is an evolving narrative. Reload the page for any updates