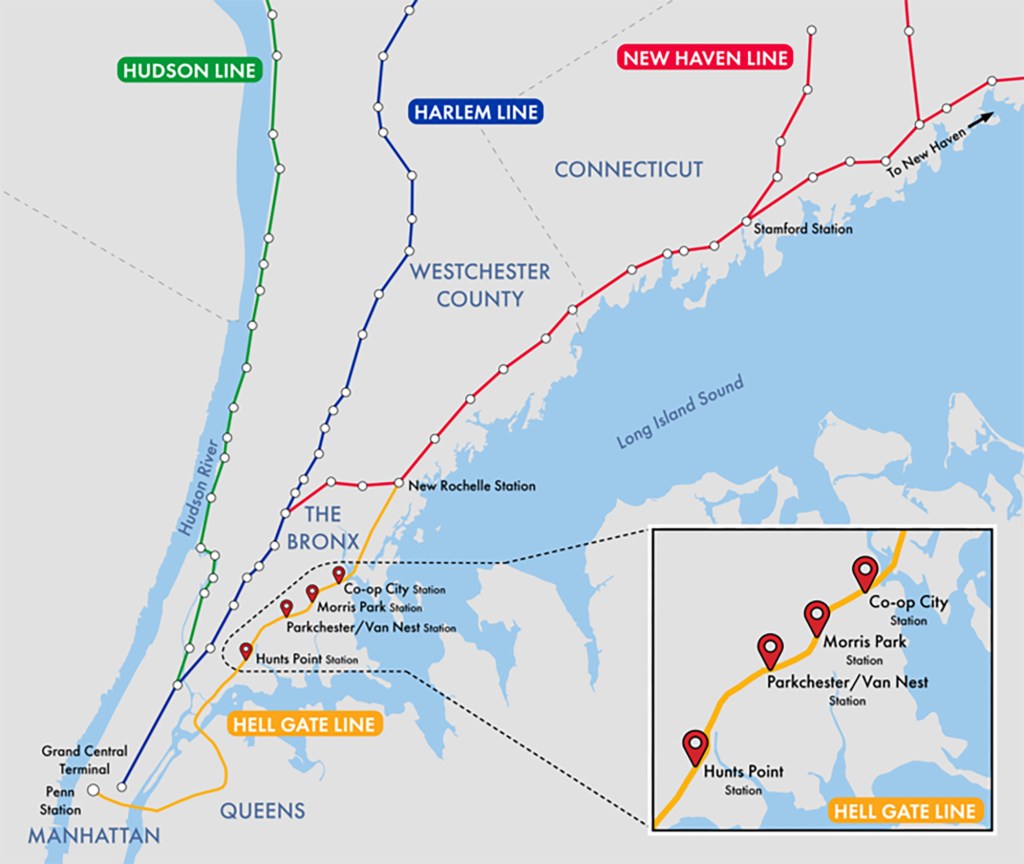 Following the groundbreaking for a new Parkchester train station, East Bronx residents are one step closer to the much-anticipated one-ride to Penn Station.

“Penn Station Access signifies two major developments: First, the East Bronx will no longer be a transit desert. “People from the Bronx and Westchester will be able to travel straight to Penn Station,” Senate Majority Leader Chuck Schumer (D-NY) told reporters in the Bronx on Friday regarding the $3.18 billion project.

The planned station, together with new stations at Hunts Point, Morris Park, and Co-Op City, will allow MetroNorth trains to run across Westchester County and the Bronx to Penn Station via Amtrak-controlled rail lines by 2027.

Officials claim that the expanded rail service will allow thousands more people to reach jobs, schools, and other services in Manhattan with the same ease as other sections of the city.

Through Westchester County and the East Bronx, the Penn Station Access project will link Metro North to Penn Station.
MTA

At Friday’s groundbreaking, Governor Kathy Hochul stated, “This has been discussed for over three decades.”

“Many people who have lived here, been raised here, and died here have never had the opportunity to truly grasp what actual freedom is all about – the freedom to have access to transportation without spending the majority of your life walking, taking a bus, and taking another train,” she continued.

Governor Kathy Hochul and Senate Majority Leader Chuck Schumer have been instrumental in the advancement of the $3.18 billion project.

According to the MTA, 500,000 people will live within one mile of the four stations, with Bronx residents saving an estimated 50 minutes per journey.

Congressman Ritchie Torres, pictured conversing with Senator Schumer during the groundbreaking, stated that increased rail service will have a significant impact on his Bronx residents.
Christopher McDermott

According to Schumer, it was difficult to improve rail service in Westchester and the Bronx due to the bureaucracy that had slowed down the project.

“The focus was on getting Amtrak and the MTA to cooperate on the practicalities of sharing access to the Hell’s Gate line and the Pelham Bay Bridge, as well as determining who would contribute what funds,” he explained.