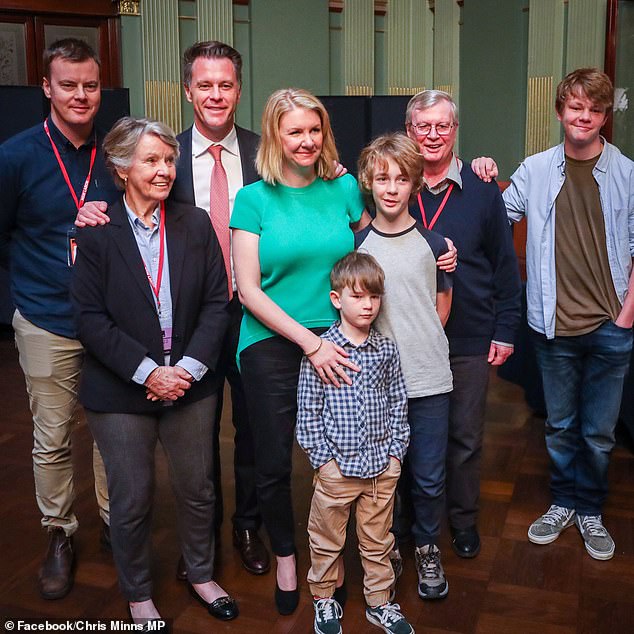 The leader of the Labor Party in New South Wales said that his own kid supports his opponent Dominic Perrottet and even wears a t-shirt with his name on it at home.

When the Premier appears on television, Chris Minns’ middle son Nick loves to torment him by stopping the show.

He describes the political rival of his father as “a bloke who makes a lot of sense.”

Mr. Minns said that when a t-shirt with Mr. Perrottet’s name splashed over the breast came in the mail, his son’s stirring increased.

The middle one is just a stirrer. Mr. Minns reported on ABC radio that Dominic Perrottet appeared on television, paused it, and remarked, “This guy’s making a lot of sense.”

I said to Dominic Perrottet that my middle son is a longtime admirer of his.

In June 2021, Mr. Minns was chosen to head NSW Labor, and some of his admirers have called him “Australia’s sexiest politician” due to his good looks.

He is anticipated to lead his party against Mr. Perrottet in the state election in March 2023.

This week, Mr. Minns brushed aside claims that Labor’s ability to gain government in NSW may be aided by Dan Andrews’ victory in the Victorian election.

Since 2007, when Morris Lemma beat Peter Debnam, Labor has not prevailed in a state election in NSW.