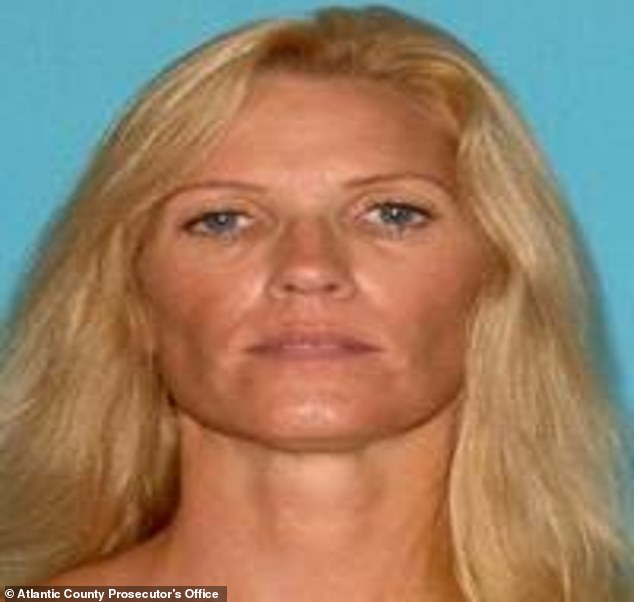 On Christmas Day, a New Jersey housewife was arrested for shooting and killing her politically active husband.

Marylue Wigglesworth, 51, is suspected of murdering her 57-year-old husband, David Wigglesworth, at their house in Mays Landing on Sunday evening.

The circumstances surrounding the fatal shooting remain unclear, although David’s Facebook page depicts the pair spending many years together, traveling to Las Vegas, Philadelphia, and Maryland, and enjoying beach vacations.

David is noted for his attempts to elect Republican candidates to town seats and for his own run for government on the Republican ticket.

On social media, though, he frequently propagated liberal ideas such as police defunding and gun control.

On Christmas Day, Marylue Wigglesworth, 51, was arrested for allegedly shooting and killing her husband.

Officers arrived to their Mays Landing apartment on Somers Point Road at 10:19 p.m., where they discovered David suffering from a gunshot wound, according to a news statement from the Atlantic County Prosecutor’s Office.

He was declared deceased at the scene.

As a result of an investigation, Marylue was arrested on suspicion of murder and remained in detention at the Atlantic County Justice Facility on Monday.

But online, the pair appeared to be content, frequently taking trips together and enjoying the sun.

Over the years, David and Marylue have traveled across the United States and even to Germany, as seen by photographs posted to David’s Facebook page.

David shared images from their trip to Maryland in September, and Mary posted photos from the Macy’s Thanksgiving Day parade in New York City in November.

Together, they had a son named Dave who works as an economist as an adult.

Constantly taking vacations together and basking in the sun, the pair appeared to be very content.

Together, the couple has one adult son named Dave who is an economist.

David is noted for his community involvement and political action, even serving as the current mayor of Hamilton Township’s best man.

David campaigned unsuccessfully for town council in 2019 as a Republican, according to the Press of Atlantic City.

In addition to serving on the planning board, he served regularly with the Boys & Girls Club of Atlantic City.

Online, he expressed his support for Republican candidates for the local town council.

In recent years, however, many of his postings have criticized the national GOP while defending President Joe Biden against criticisms about rising gas prices and his botched troop withdrawal from Afghanistan.

David has even reposted memes that favor socialism and the Defund the Police Movement, as well as one in which he refers to himself as “awake.”

Despite running as a Republican in 2019 and supporting local GOP politicians, many of David’s recent social media posts have promoted liberal values such as police defunding and socialism.

One acquaintance commented, “I cannot believe this.”

Our hearts are entirely broken. We have known Dave and Mary for a long time.

She revealed that her husband had chatted with David, whose acquaintances referred to him as “Wiggy,” days before the catastrophe.

Both of us are sick about this. This simply cannot be true, continued Jennifer Silverio.

“Prayers for all of mankind…

I am in full disbelief. Rest in eternal peace, Wiggy.