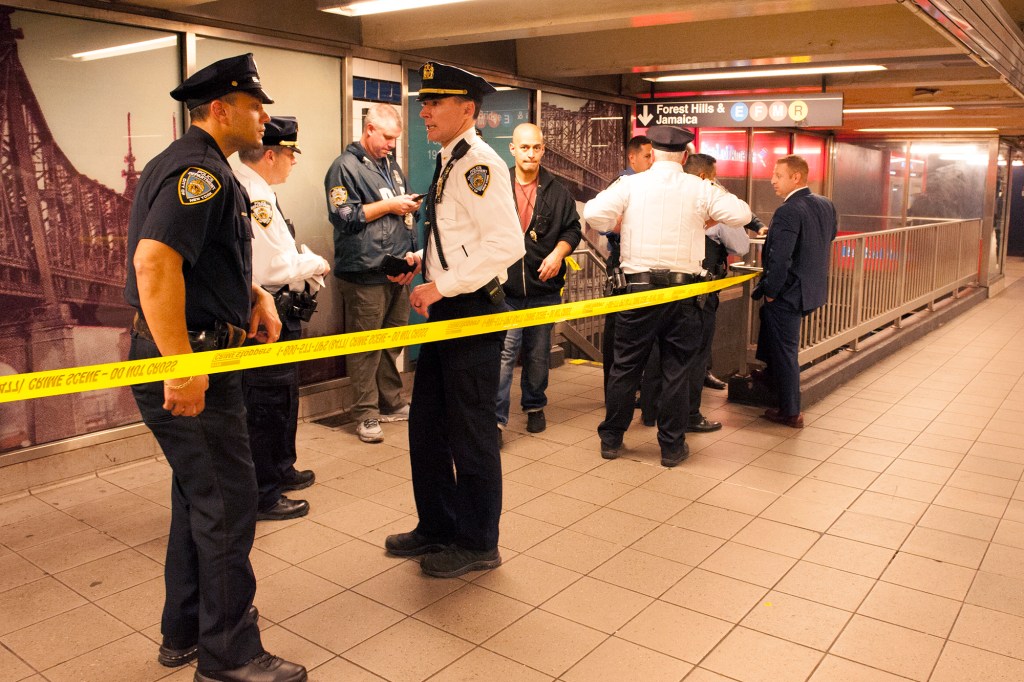 Felony crimes, such as murder, rape, and robbery, have increased by 40% on the subway system compared to 2021, according to newly revealed NYPD statistics.

From January through October, at least 1,917 felony crimes were registered, compared to 1,367 during the same period last year, according to data provided for MTA board committee meetings on Tuesday.

The NYPD reported that there were 210 overall felonies in October, up from 198 in September.

According to authorities, there were three homicides, two burglaries, 51 robberies, 46 felony assaults, and 108 grand larcenies in October, which are all increases over October 2021.

As straphangers returned to the system in the wake of the COVID-19 outbreak, the year-to-date spike in crime barely outperformed the 38% increase in ridership observed during the same period.

The Post previously reported that city straphangers have been more likely to be victims of crime in the last two and a half years compared to before the outbreak.

As the city grapples with an increase in random violence, the number of homicides in the subway system has skyrocketed to the highest annual levels in 25 years, according to NYPD data.

According to publicly published statistics, the system had witnessed eight killings as of October 31.

A spokesman for the MTA stated that the increase in police officers announced last month by Governor Kathy Hochul and Mayor Eric Adams has reduced crime.

Aaron Donovan, a spokesman for the NYPD, stated that the increased presence of officers on subway cars and platforms has led to a decrease in crime so far this month.

However, notable and heinous crimes have continued, including two stabbings that left three people, including a good Samaritan, injured on Tuesday night.

During the assault, the knife-wielding thug responsible for the second incident allegedly yelled anti-Muslim remarks, according to authorities.

In November, there have been a number of near-death experiences for stowaways. A 38-year-old woman was pushed onto the subway tracks in Brooklyn on Saturday, only to be rescued by a fellow commuter.

On Sunday, riders and transit employees who spoke with The Post were divided on whether the recent influx of police officers had an effect.

“They simply wait until the police are absent,” said a 25-year-old worker at a grocery store, Lee Rivera.

A station agent for the MTA who works at a subway stop in Manhattan, however, stated that the additional officers help keep problems at bay.

“More police, more attention,” remarked the clerk. “As winter approaches, more homeless will arrive. Thank god so far so good. Police are present, which is positive.”