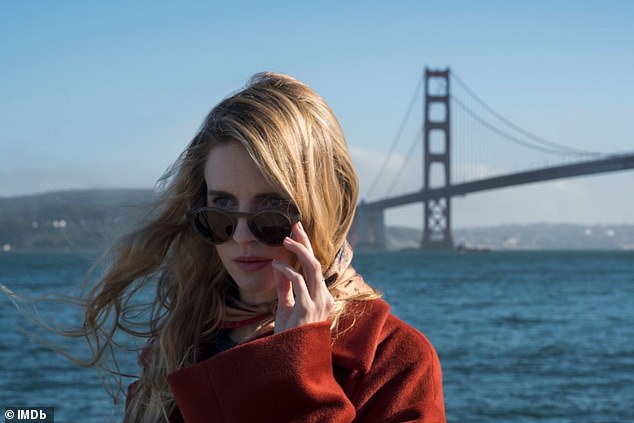 Netflix are axing their own shows earlier than ever before and it’s thought to be one of the main reasons the platform is quickly losing subscribers, according to new research.

The streaming giant are rapidly cancelling many of their own projects as new data revealed fewer than one in five of Netflix’s original shows launched in 2017 actually reached season three – compared to just 31 per cent in 2015.

Popular TV dramas like The OA, Marco Polo, and The Punisher are being cancelled by the service after series two – leaving fans furious and threatening to cancel their subscriptions because they no longer want to ‘invest their time in a series’ over fears it will be ‘culled’.

Meanwhile, over half of Netflix’s own reality TV shows and dramas released in 2018 have not been commissioned for a second series, compared with more than a third launched in 2017 and 28 percent in 2016, reports The Times.

It comes as the streaming behemoth has lost 200,000 subscribers in just three months, while shareholders of the US firm have been warned to expect another two million subscribers to leave in the three months to July.

Bosses say a second price-rise in a year has played a part, while the company has lost 700,000 following its decision to pull out of Russia in the wake of Vladimir Putin’s invasion of Ukraine.

Netflix said the Covid boom had ‘created a lot of noise’ and blamed the slowdown on the return to normality after two years of lockdowns.

It also blamed password sharing for the rise in cancelled accounts, as it estimated that about 10million households worldwide are watching its service for free by using the account of a friend or another family member.

The company has now started testing different ways of curbing password sharing in Chile, Costa Rica and Peru – and could extend this elsewhere if it proves successful. Bosses are also considering turning the service into a low-fee subscription supported by ads.

Netflix also claimed that the market had now been ‘saturated’ by rising competition from streaming services including Disney+, Apple TV, Now TV, Warner Bros Discovery and Paramount, the cost-of-living crisis gripping the US, Canada and Western Europe, and its decision to quit streaming in Russia after Vladimir Putin’s invasion of Ukraine in February.

And Netflix is also facing another expensive outlay in the form of Prince Harry and Meghan Markle, having shelled out for a $100million deal with the couple in September 2020.

As of yet, the Duke and Duchess of Sussex are yet to produce any published content for the streaming giant. But the company will be pinning their hopes that their upcoming series documenting the recent Invictus Games will prove value for money.

The rapid rise of rival Disney+, which has seen billions of dollars of investment in recent years, has seen competition in the streaming market increase dramatically.

And other services like Amazon Prime Video, which has captured a share of the live football market in the UK, and AppleTV+, which has seen success through football comedy Ted Lasso, have also seen people turn away from Netflix.

The streaming service has also been accused of liberal excess, with outspoken Tesla billionaire Elon Musk claiming earlier this week that the ‘woke mind virus’ was making Netflix ‘unwatchable’.

Despite the streaming service’s recent issues, there have been some successes, with dystopian Korean series Squid Game proving a huge hit, and season one of period drama Bridgerton taking the world by storm.

However fan favourites such as Bloodline and Jessica Jones were cancelled after their third season, leaving viewers frustrated and ‘tired of starting something new only for it to be cancelled two years later’.

Here MailOnline takes a look at Netflix’s original fan-favourite dramas that have been cancelled:

‘Hate-watching’ has become quite the phenomenon on Netflix. It is when a viewer watches something that is widely regarded as bad, just to see how bad that thing really is – and sometimes they end up enjoying it.

Take for example, Emily in Paris. Though the tongue-in-cheek series has its many fans, many have claimed they have ‘hate-watched’ two seasons of the show – and it is now one of the most watched in Netflix history.

But before Emily in Paris, Marco Polo was the Netflix ‘hate-watch’ special. The series is a drama of the life of real life Venetian merchant and adventurer Marco Polo as he journeys across Europe and Asia and lands up as a prisoner in the palace of Kublai Khan, a 13th century Mongolian emperor.

The series, which ran from 2014 until it’s final episode in 2016, was cancelled after season two despite the audience score reaching an impressive 94 per cent.

CANCELLED – The OA  (Production cost of around £99million)