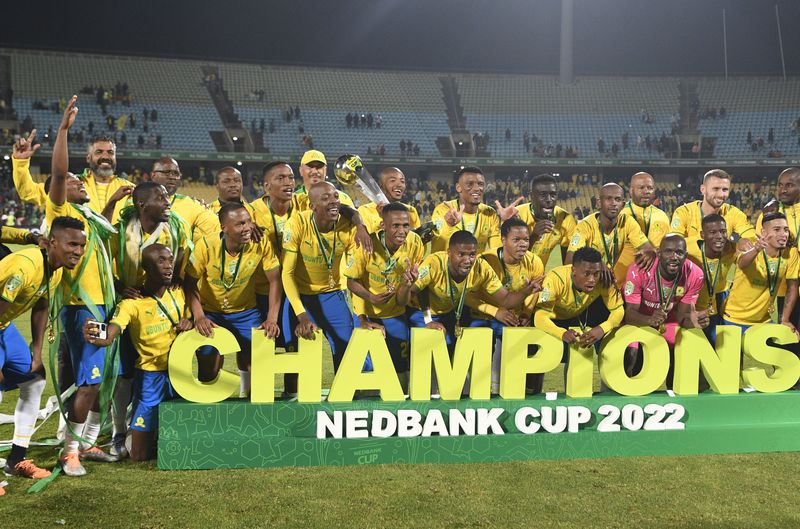 Mamelodi Sundowns were declared the Nedbank Cup champions of the previous season after defeating Marumo Gallants 2-1 in extra time.

The South African website reports that Masandawana will begin their championship defense at home against Richards Bay FC in one of four all-DStv Premiership Round of 32 contests.

The Nedbank Cup has existed in its current form since the 2008 season, making this season the sixteenth overall.

In 1971, the competition was initially called as the Life Challenge Cup.

Mamelodi Sundowns won their fourth Nedbank Cup as we know it last season, while SuperSport United have won the title three times.

The champions will receive R7 million in prize money and qualify for the CAF Confederation Cup next season.