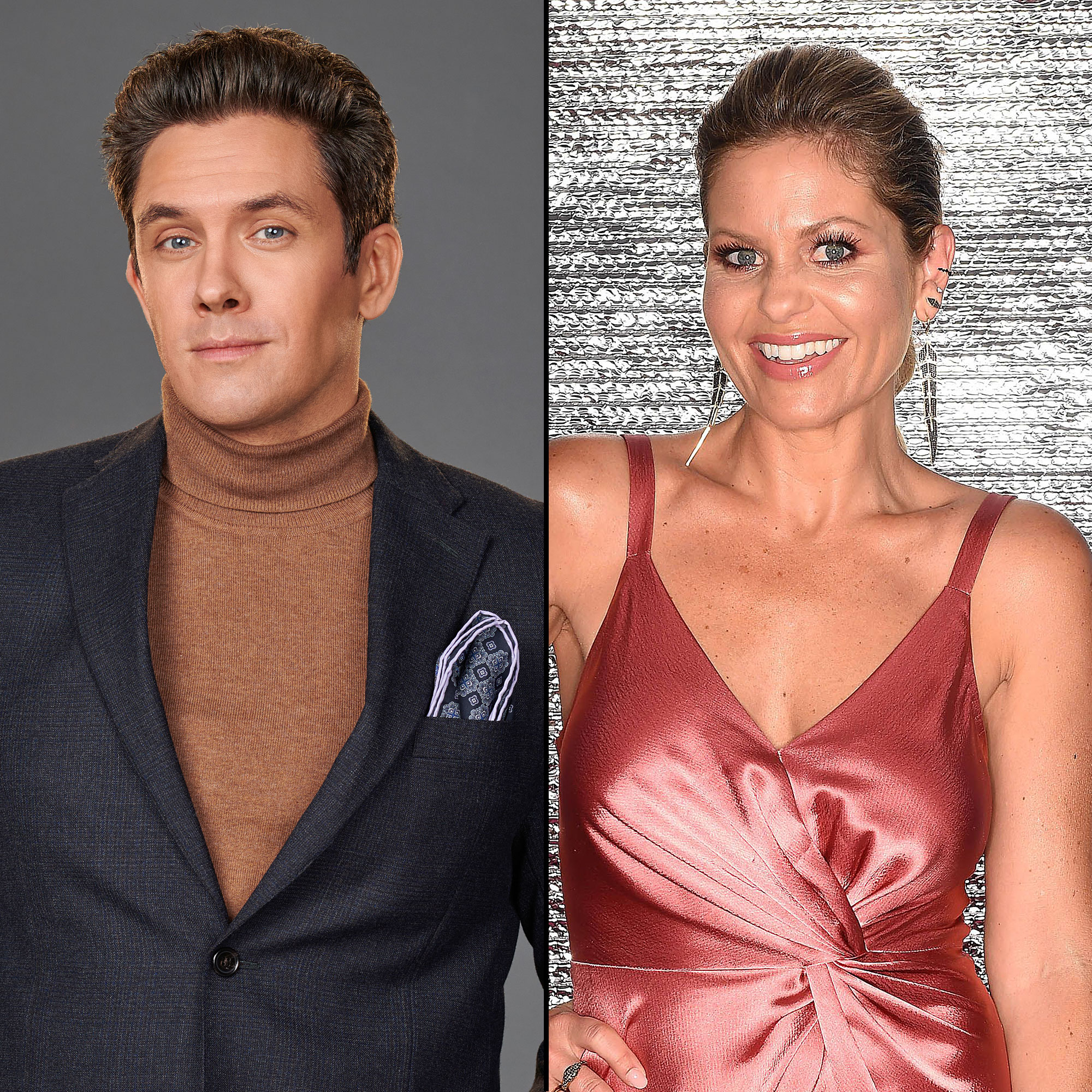 “My life would not be where it is now without the love, support, and direction of the LGBTQIA+ community,” he stated in a statement to Variety.

“As a young man who struggled with our society’s extremely narrow definition of masculinity, it was their community that gave me refuge and a guiding light when my life felt lost,” he said, adding, “And now, if I cannot stand up for that community in their time of need, my debt to them is meaningless.”

Bledsoe, who described his support for the group as “unconditional,” stated, “Nothing is worth my silence or their freedom to live and love freely in a world we are fortunate to share with them.”

After starring in many titles for the network, including The Winter Palace and Christmas at the Drive-In, the actor has left Great American Family, which was once known as Great American Country (GAC). He has also appeared in two Hallmark films, Coming Home for Christmas (2017) and The Christmas Carousel (2020).

His statement is in response to Bure’s remarks to The Wall Street Journal, in which she stated that her upcoming projects with GAC will differ from her previous Christmas works at Hallmark by putting “Christianity back into Christmas movies” and “keeping traditional marriage at the center,” implying that gay couples will not be included.

Bledsoe addressed to the situation in a statement to Variety in which he said, “Everyone is entitled to their own ideas, and these are mine: the recent statements made by leadership at Great American Family are cruel, incorrect, and reflective of an ideology that puts judgment above love.”

He stated, “I could never forgive myself for maintaining a partnership with a network that chose to purposefully marginalize the LGBTQIA+ population.”

Later, the Full House actress made an apology for her remarks, stating, “All of you who know me know without a doubt that I have a tremendous deal of love and affection for everyone. It saddens my heart that anyone could ever believe that I would purposefully disrespect and hurt others. She continued by blaming the media for “striving to divide us” over the Christmas season.

Below is Neal Bledsoe’s whole statement, as reported by Variety:

Without the support, love, and direction of the LGBTQIA+ community, my life would not be where it is now. From my undergraduate mentors to the countless agents and managers, writers and directors, professors and coworkers, and, of course, my loving friends and family, I owe them all a big obligation. As a young guy who battled with our society’s incredibly restricted notion of masculinity, their network offered me sanctuary and a guiding light when my life felt hopeless. And if I cannot defend this community in their time of need, my debt to them is null and void. Therefore, I wish to make it very clear that my support for the LGBTQIA+ community is unwavering; nothing is worth my silence or their freedom to live and love freely in a world that we are fortunate to share with them.

You may have noticed that I have been unusually quiet at a time when I should have been promoting a holiday film, a film designed to bring everyone comfort in a time of great turmoil and change, but I am unable to continue business as usual. I cannot find solace in people who rationalize exclusion and encourage division in any manner, nor will I provide them sanctuary. Everyone has the right to their own opinions, and these are mine: the recent remarks made by Great American Family’s leadership are harsh, incorrect, and reflective of an ideology that puts judgment above love. I was raised as a Christian and feel that the message of love and forgiveness is fundamental. However, I could never forgive myself if I continued my affiliation with a network that chooses to purposefully exclude the LGBTQIA+ community.

The problem at hand is not freedom of speech, religion, or even the freedom to express opinions with which I strongly disagree. This involves a person in an executive position speaking on behalf of a whole network on intentional exclusion. This is why the term “traditional marriage” is both offensive and perplexing. It is not only immoral, but also irrelevant, when you consider that the majority of romantic films portray neither married couples nor weddings, but rather individuals falling in love. To refer to this love and the whole human portrayal of the LGBTQIA+ community as a “trend” is likewise upsetting and perplexing. When institutions such as the Mormon Church support marriage equality, and join the vast majority of Americans who already believe in the fundamental right to love whom and how we choose – and when that right is about to be codified into law – one must ask, not what the trends are, but whether any organization that opposes such love would be destined for oblivion.

As I pondered this statement, I sought advice from a dear friend who grew up out and brown in the South at a time when it was even more dangerous to do so than it is now. He reminded me of the bravery of Elizabeth Taylor, who visited the AIDS orphans in Reagan’s America, at a time when our culture shunned them. Her compassion was not trendy, enlightened, nor a virtue signal; it was just the proper thing to do, especially in a culture where the majority of people choose harshness. Decades later, it irritates me to think that some of us continue to find ways to justify a crueler world by citing religion, tradition, or, even worse, audience share.

When we were discussing this, my buddy emailed me the following, which I am sharing with his permission since his comments are more intimate, elegant, and honest than anything I could ever say:

“The constant gift of these Christmas stories is the hope for a good ending. The most debilitating lie, the one that extinguishes the light within us, is the assumption that pleasure is impossible with us present. Worse than that, we do not deserve happiness due to our own nature. The animus is not only to despise the transgression; it is to induce the offender to despise themselves so much that they submit to this corrosive narrative. I am not oblivious to the irony that a network with the term “family” in its name punishes the people who comprehend the word’s meaning in the most fundamental way. The overwhelming statistics on the connection between homelessness and the LGBTQIA+ community demonstrates the failings of American families in their most fundamental role: parents and caregivers have chosen a harsh narrative over lives that demand love and assistance, for which they are accountable. And the only way we can survive this dereliction of responsibility is to build our own families and our own interpretation of unconditional love.”

As an artist, I long to be pleased with the work I produce. The idea that my work may be used to intentionally discriminate against someone repulses and angers me. I hope GAF will change, but until all people can be represented with pride in their films, my decision is clear. I look forward to collaborating with creators who place no restrictions on the stories we tell and who embrace their value-based message with open arms. In this spirit, I will be donating to True Colors United, and if these words resonate with you in any way, I hope you will join me.