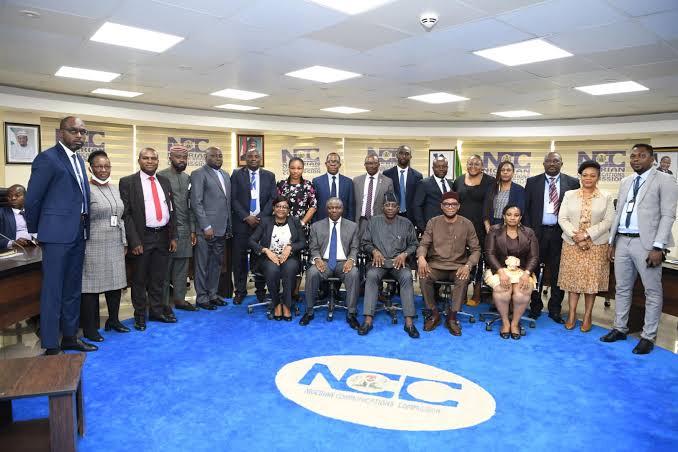 The Nigerian Communications Commission (NCC) and the Federal Inland Revenue Service (FIRS) have inaugurated a Joint Committee on the implementation of inter-agency strategies for enhancing national revenues in the telecommunications sector.

The Spokesperson of the NCC, Dr. Ikechukwu Adinde in a signed statement said that the inauguration of the committee, comprising six officials of NCC and eleven officials of FIRS, was carried out with senior officials of NCC and those of the tax agency led by its Coordinating Director for Compliance Support Group, Dr. Dick Irri, who represented the FIRS’ Executive Chairman at the event.

Adewolu stated that the terms of reference (ToR) of the Committee include: review of the Memorandum of Understanding (MoU) signed between the NCC and the FIRS on June 9, 2020; and carrying out inter-agency interaction on the implementation of the NCC’s Revenue Assurance System (RAS), to ensure that it incorporates the needs of FIRS to the extent that RAS can remain the sole interface with telecom service providers’ networks vis-à-vis the Tax Authority’s information needs from the telecoms sector.

Given the committee’s composition and with the extensive experience and commitment of its members – which had informed their selection by the agencies, Adewolu explained that the managements of NCC and the FIRS expected no less than an excellent output from the committee. He tasked them to work together harmoniously and in the overall national interest.

Also in his remarks, Dr. Dick Irri advised the committee to take the assignments very seriously.
“I would like to task you to take this assignment as a national matter as we expect the two agencies to work in harmony, collaborate effectively and have a warm handshake that will make this synergy between the two agencies a great example of collaboration between Federal Government agencies towards enhancing fiscal governance in Nigeria,” he said.
According to the Commission,”The decision to set up the Committee was one of the major outcomes of the meeting between the FIRS and the NCC on March 8, 2022. The meeting was organised at the instance of the Minister of Communications and Digital Economy, Professor Isa Pantami, to discuss the request by the FIRS for data and documents from the telecoms industry for enhancing national revenues from the sector.

The NCC also noted that “the inauguration is a significant achievement, as it deepens the strategic collaboration between the two government agencies in the pursuit of their statutory objectives. It also vindicates the emphasis placed on achieving mutually-sustainable relationships with relevant stakeholders as detailed in both the NCC’s Strategic Management Plan (SMP), 2020-2024 and the Strategic Vision (Implementation) Plan (SVP 2020-2025) as well as FIRS’ strategic framework.

“The activities of the NCC and the FIRS are acknowledged as pivotal to the achievement of sustainable revenue and growth projections of the Federal Government. In this regard, the telecoms sector has sustained a relatively high contribution to Gross Domestic Product (GDP) over the years – ending fourth quarter of 2021 at 12.6 per cent.
“Besides, the FIRS recently acknowledged that some telecom licensees contribute significantly high percentage of total national tax revenue. It is expected that the Joint Committee will enable both organisations to further optimise revenues for the Federal Government from the telecoms, digital economy and adjacent sectors of the economy,” the statement added.