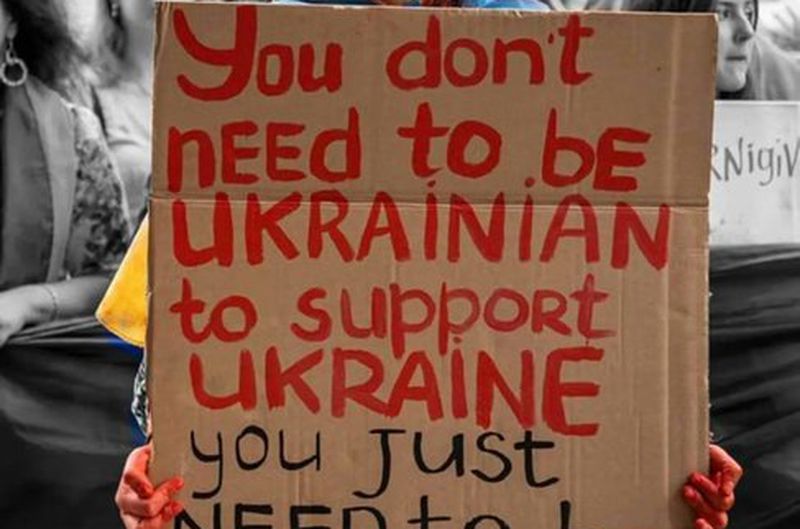 NATO and the EU agreed Tuesday to strengthen their support for Ukraine in the face of Russia’s invasion, as well as to increase collaboration between Europe and the US-led alliance.

“We must continue to strengthen the partnership between NATO and the European Union. And we must further strengthen our support to Ukraine,” NATO chief Jens Stoltenberg said after signing a joint declaration with the EU’s top officials.

NATO and the EU, which share 21 members, have sent billions of euros in armaments to Kyiv, assisting it in pushing back Moscow’s soldiers.

The US, Germany, and France have indicated that they would now give Ukraine with armoured combat vehicles, but Kyiv has asked for new heavy tanks as well.

“I think that Ukraine should get all the necessary military equipment they need and they can handle to defend the homeland,” European Commission President Ursula von der Leyen said.

“This means of course, advanced air defence systems, but also other types of advanced military equipment, as long as it is necessary to defend Ukraine.”

Stoltenberg said Kyiv’s Western backers will meet next week with Ukraine’s defence minister “to discuss exactly what types of weapons are needed and how can allies provide those weapons”.

“This is not only about adding more systems, more platforms, more weapons, but also ensuring that the platforms, the weapons we have already provided are working as they should,” he said.

The Russian invasion on Ukraine has upended the European security system, prompting demands for the EU and NATO to collaborate more closely to secure the continent.

Despite efforts by the EU to increase its involvement in defence, the two organisations agreed that NATO, backed by the military strength of the United States, remained the backbone of European security.

“Our declaration makes clear that NATO remains the foundation of collective defence and remains essential for Euro-Atlantic security,” Stoltenberg said.

“It also recognises the value of a more capable European defence that contributes positively to our security and is complementary to and interoperable with NATO.”