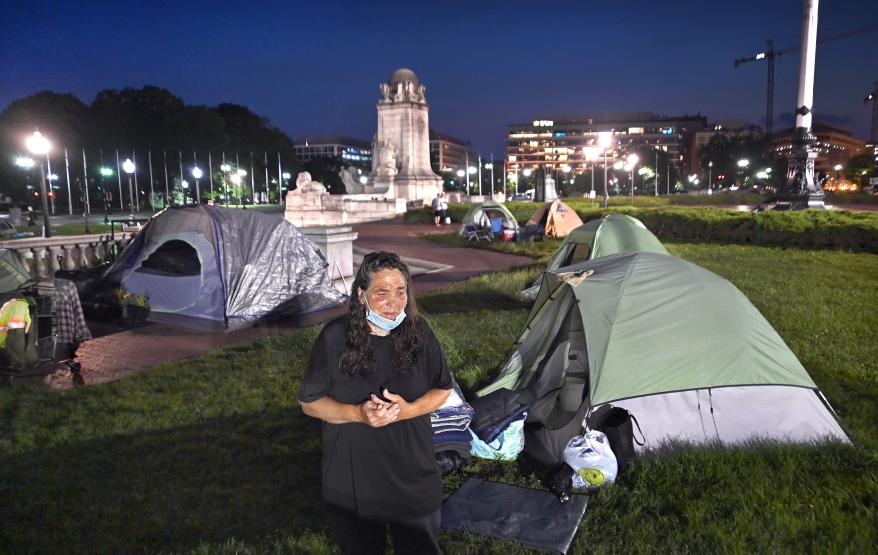 According to reports, federal and city officials have pledged to eliminating the widespread homeless encampments in the nation’s capital by the end of the next year.

According to The Spectator World, the National Park Service (NPS) will play a significant part in removing homeless tent communities from Washington, D.C., over the next 12 months, after years of their proliferation.

In the past month, the NPS has dismantled homeless encampments in the city’s McPherson Square and Scott Circle, and earlier this year, the federal agency assisted in clearing the area outside Union Station before to President Biden’s speech at the historic train and bus station.

According to reports, these operations are part of a comprehensive NPS effort to enforce its “no-camping ordinance” throughout Washington, D.C., with the goal of removing all homeless encampments on national park land by the end of 2023.

According to The Spectator World, NPS will collaborate with the city’s social services to provide D.C.’s relocated homeless with temporary and long-term housing, as well as drug addiction and mental health therapy.

According to the publication, NPS personnel created controversy when they dismantled a homeless encampment from Fort Reno Park in the upscale Tenleytown district of northwest Washington, D.C. last week, prompting charges of “eviction” from critics.

Local flyers urged city residents to lodge complaints with the Rock Creek National Park Service, which has control over the park, and with Eleanor Holmes Norton, a Democrat who has served in Congress since 1991 without the ability to vote.

A leaflet stated, “Park dwellers are being evicted with only a week’s notice as temperatures begin to plunge and hypothermia season approaches.” “Call Rock Creek Park NPS and Eleanor Holmes Norton and demand the cessation of this dangerous and inhumane eviction.”

The National Park Service informed The Spectator World that the park had been closed due to “many” allegations of violence and illegal activities.

A spokeswoman stated, “The United States Park Police documented several incidents of criminal behavior and violence associated to the campsite at Fort Reno, and closing the campground allowed the National Park Service to protect the safety of the general public and those living in the encampment.”

The NPS reported receiving concerns about both the homeless encampments and the safety of those who have been dwelling in the park. They stated that local activists did not hamper their efforts to empty the park last week.

The Economist reports that despite appearances, homelessness in Washington, D.C. has fallen by 47% since 2016.