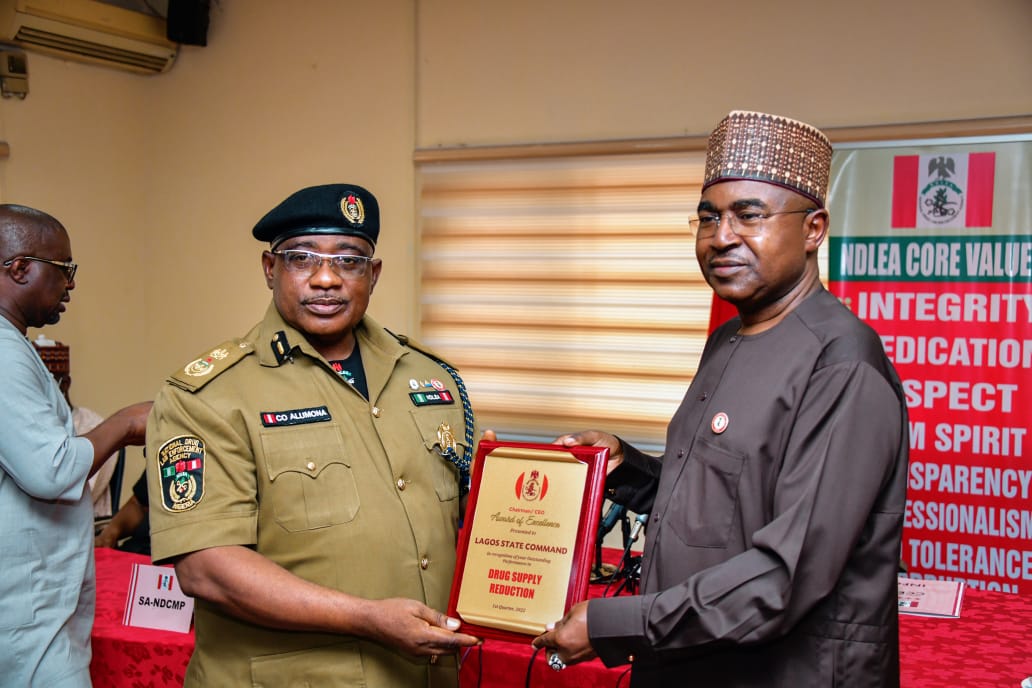 Political parties in Nigeria have been urged to make drug integrity test part of the screening requirements for aspirants seeking to contest political offices in the 2023 elections.

According to him, “for politicians, we have long advocated and I take the opportunity again to repeat the advocacy that when they run for public office it demands a lot of responsibility from the person and we need to be certain if he’s a person that is already a drug addict/user who will spend all the money he’s given for public service to consume cocaine and his head will not be in a stable condition to handle the affairs he has been entrusted with.

“For this reason, we have advocated and will continue to advocate that drug test be conducted for politicians. Some state governments like Kano state is already doing this.” Marwa said.

Marwa added that, “not just politicians, but government appointees, and I’ve just sent a letter this morning to the National Chairman of APC, who will be the first of the national working committee I wish to pay an advocacy visit on this issue.

“I recommended that drug tests be incorporated in the screening process for all those interested in running for public office; we’ll do the same to the PDP and other important parties” he explained.

While addressing officers and men of the Agency, Gen. Marwa said the ceremony has become part and parcel of the corporate agency by recognizing and rewarding hard work and excellence.

“Statistics from the first quarter (Q1) report, indicated that our performance level has not dropped off. Indeed, achieving 3, 539 arrests, 677 convictions and seizures of 65, 916 kg of drugs in three months is no mean feat.

“Little wonder our performance continually earns the Agency deserved accolades from the right quarters within the country as well as from abroad, especially from international partners and peers. While we have not yet achieved the utopia of a drug-free society, the results showed that we are getting it right.”

He told the officers that the awards and commendations are expected to spur them to surpass their current feats at the next awards ceremony.

“The ceremony should be a poignant reminder for us not to forget where we are coming from. And there is no better way to say it other than for us to be mindful of the saying that success has a hundred fathers, but failure is always an orphan.

“No organisation would understand this adage better than NDLEA in the light of our past rock bottom experience. Therefore, we should all be mindful that we hold the fate of NDLEA in our hands, and that fate will be determined by our patriotism and dedication to duty, as well as our collective resolve to work towards the attainment of the Agency’s mandate.”

While assuring the officers that the Agency is proud of them, Marwa said, that the sacrifice of a narcotic officer cannot be quantified in gold or silver, for he is fulfilling a higher calling.

“As we go about our duty of securing our society against the corrosion of illicit drugs, we should be aware that we are the direct beneficiaries of our work because for every kilo of drugs seized, we are making our streets and society safer for our children, family and kinsmen.”

He noted that NDLEA is proud of its workforce as the Agency treasures the effort of its officers and men and will continue to look out for their best interest.