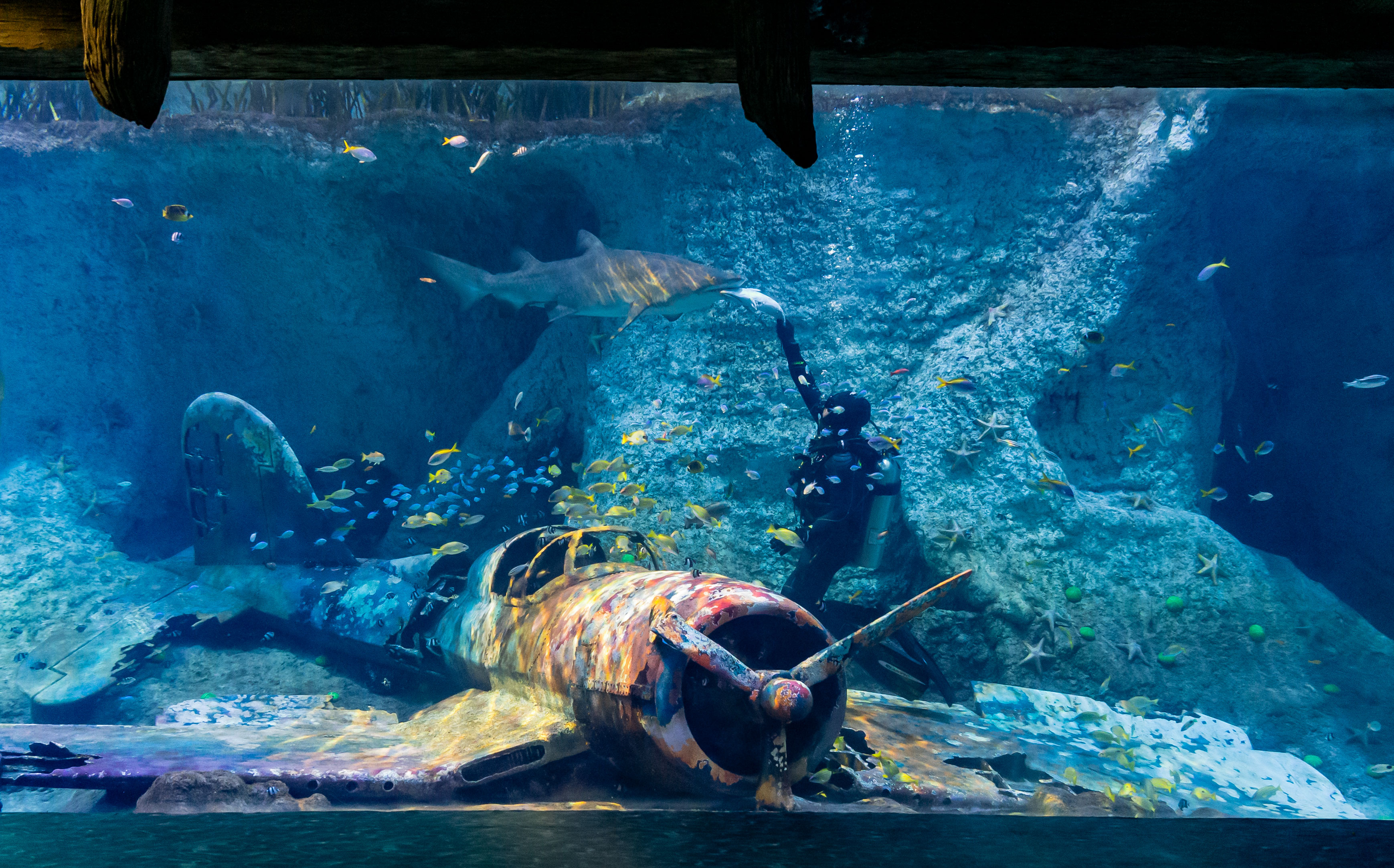 ABU DHABI, 2nd August, 2021 (WAM) — The National Aquarium (TNA) in Abu Dhabi will showcase the astonishing biodiversity of species when it opens its doors later this year.

Located in the vibrant lifestyle hub of Al Qana in Abu Dhabi, the largest aquarium in the region will showcase over 200 sharks and rays, representing 25 different species, said a TNA press release on Monday.

Teaming with marine life, the aquarium will provide guests with a remarkable opportunity to delve into a submarine world and discover the awe-inspiring variety of species found within our oceans.

The magnificent ecosystem is also the only place in the UAE to house a school of iconic Scalloped Hammer Head Sharks. Additionally, the Bull Sharks will also make their debut in the region and guests will be able to see first-hand, what is “widely considered one of the most dangerous shark species” in the ocean and rivers.

Sharks are one of the most misunderstood animals in the ocean with the misperception that they are dangerous, a narrative that has been reinforced by the film industry. With their numbers dwindling due to over-fishing, the team at The National Aquarium is seeking to turn fear into fascination and educate visitors around how well these apex predators can adapt to living peacefully. Guests will be able to observe how these animals interact with other species, including TNA’s team of world-class divers.

An unmissable highlight will be the feeding demonstrations with both sharks and rays, as well as a one of a kind public ‘Shark Encounter’. Guests will be able to hand-feed sharks as large as two metres long, which promises to be an unforgettable experience, especially for people who have a living fear of sharks.

Paul Hamilton, General Manager at The National Aquarium, commented, “We cannot wait for our opening this year, to reveal our array of animals and animal-related activities. In general, people have a fear of sharks and we want to celebrate these fascinating creatures that are so crucial to the health of our oceans. We are hoping that through personal interaction, the aquarium will help people overcome any fears and perceptions that they might have. Most importantly, we look forward to providing our visitors with an unrivalled and memorable edutainment experience on every visit.”

The National Aquarium signed a five-year partnership with The Environment Agency Abu Dhabi (EAD) in July 2020 to help create the largest and most innovative rehabilitation schemes of its kind to protect and rehabilitate wildlife in the emirate of Abu Dhabi. The partnership has resulted in a large number of animals saved, including 200 sea turtles being successfully rescued and released until today.

EAD calls on the community to report injured wildlife or environmental emergencies, through the Abu Dhabi Government Contact Centre at 800555.