Skip to content
Home » News » People » Natasha Osborne, 23, and her partner Dylon Memen, 27, are adding the finishing touches to their home in Salisbury North, north of Adelaide, that they recently snapped up for $400,000 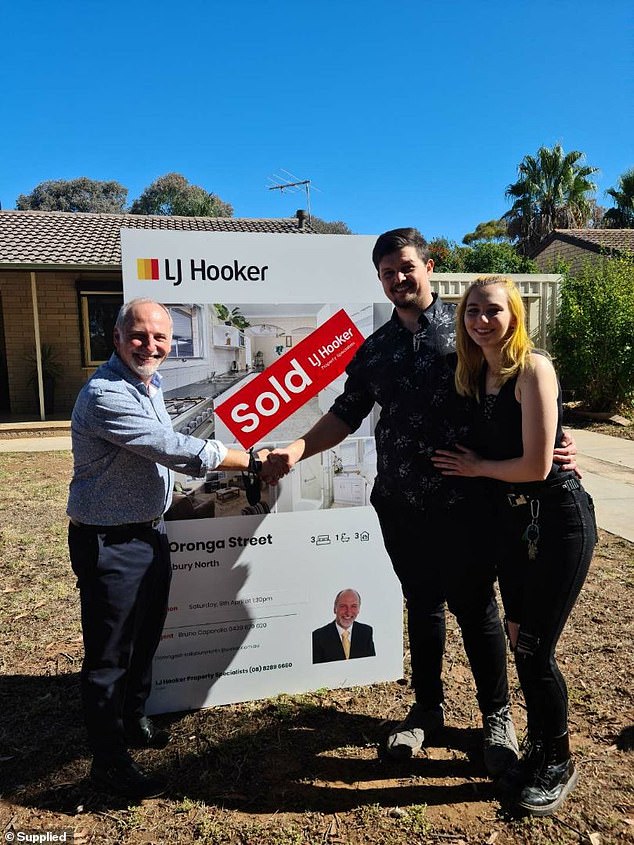 A young couple shares their best money-saving advice after saving $65,000 in just over a year to buy their dream home.

The home that Natasha Osborne, 23, and her partner Dylon Memen, 27, recently purchased for $400,000 in Salisbury North, north of Adelaide, is receiving the final touches.

Before moving in, the couple is repairing the floorboards and applying fresh paint after putting down a 5% deposit on the three-bedroom home.

The pair, who both work as pick packers assembling orders for shipments, spent the last 14 months recording each and every expense, even if it was just 50 cents, in a diary.

We made numerous sacrifices, Ms. Osborne told Daily Mail Australia, “we never went out, we’d go to friends’ houses, or we’d stay in and play board games or video games.”

The couple has been dating for less than two years, but they have always been aware of their desire to enter the home market as soon as possible.

They were able to re-locate with Ms. Osborne’s parents, but they continued to make a $200 weekly contribution for rent, groceries, and expenses.

Every week, the 23-year-old said, “I’d go to the markets and collect all my fruit and vegetables and do a big meal prep.”

I would prepare and freeze everything. Given the increased cost of food, it helped us out significantly.

Additionally, the two tried to purchase unbranded goods and would only ever purchase meat during a sale.

If you are purchasing meat at full price, Ms. Osborne declared that you are overpaying.

They may also save additional money each week by figuring out which supermarkets were less expensive.

Another expense they managed to minimize was fuel.

Ms. Osborne claimed that she commuted by automobile to work and that filling up her car and two jerry cans at the beginning of each week let her to save about $30 per week.

We both enjoy coffee, but we ultimately settled on a used coffee maker for $300 and local beans from the barista, which was significantly less expensive, she added.

While Ms. Osborne acknowledged that she had always been “smart” and preferred op-shops to labels, she said that setting spending limits wasn’t always simple.

Everyone knew the sacrifices we were making and how strongly we wanted to enter the home market, so even though it was difficult, she added, “we had each other’s company.”

Additionally, the couple took on extra shifts when they could and would put in lengthy shifts.

The couple ultimately managed to put down a deposit in April with the aid of their realtor Bruno Caporella and mortgage broker Chris Longwill.

Those intending to purchase should be informed that they will need to put down more than just 5%, according to Mr. Longwill.

When everything was said and done, he claimed that with stamp duty and other fees, such as conveyancing, “the minimal deposit is actually 13.5 percent of any purchase price.”

The Mortgage Choice broker also shared some simple strategies for saving money for a property.

‘Knuckle down, save your birthday and Christmas money, save your tax refund, can you be thrifty and sell some stuff around the house on eBay?’ he said.

‘Save your extra overtime you do at work, be frugal for 6-12 months and the impacts are huge on your savings! Just don’t spend.’

‘Set a budget and put aside your mortgage repayments in savings each pay, then save more than that to know you can afford the repayments and your bills.

‘Work out how much your house bills and utilities including insurance and council rates cost per month like $500, and save that too.’

For Ms Osborne and her boyfriend, the year of board games and cooking at home well and truly paid off.

Her advice for others wanting to have a home to call their own? Sacrifice.

‘Sacrifice is key, you can’t get anywhere without sacrificing something,’ she said.