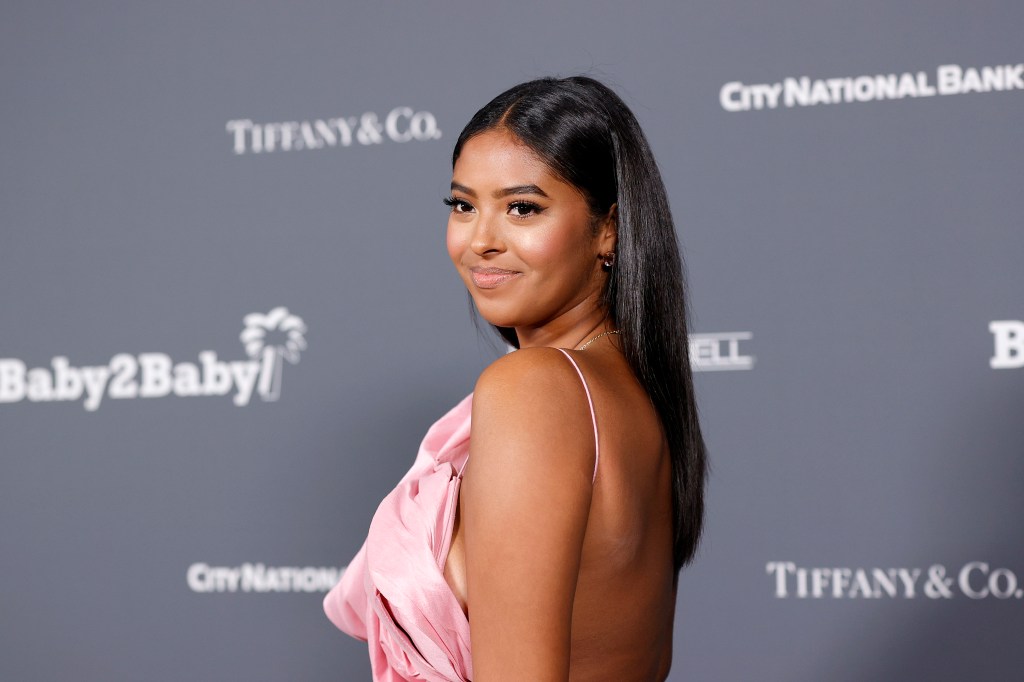 The eldest daughter of the late Kobe Bryant, Natalia Bryant, has filed for a temporary restraining order against a guy she claims has followed her in person and sent her frequent messages on social media.

TMZ claims that the 19-year-old stated in court documents filed on Monday that a 32-year-old male named Dwayne Kemp had caused her to fear for her life.

She told the court, “I do not feel secure,” before adding that she has never met Kemp, who believes they are dating.

According to court documents acquired by Fox, Bryant has accused Kemp of texting her on social media since December 2020 “as if we had a romantic connection, or as if he wished to establish such a relationship.”

According to court documents, Kemp allegedly sent Bryant a series of unwanted communications, including a photo of her deceased father with the rest of the family.

Natalia Bryant stated that she did not feel protected before stating that she had never met Kemp.
Baby2Baby images from Getty Images

“Grateful For Him Giving Birth To You; Hopefully We Can Give Birth To Him… “Kobe,” Kemp allegedly wrote in the message.

Bryant also stated that he sent her a second message in October 2022 that read, “I Love You and I’m Sorry. Can We Discuss And Make Up So That We Can Be Friends Again?

According to court records, Kemp attempted to locate Bryant at her University of Southern California sorority home.

In October 2022, Natalia Bryant reported receiving a message from Kemp that stated, “I Love You And I’m Sorry. Can We Discuss And Make Up So That We Can Be Friends Again?
NBAE Images via Getty

If the restraining order is granted, Kemp will be required to maintain a minimum distance of 200 yards from her, as well as her residence, job, sorority house, and car.

Natalia is the oldest child of Vanessa and Kobe Bryant, who were married in 2001. Additionally, the couple shared Bianka, Capri, and Gianna.

In January 2020, the Lakers icon, age 41, and Gianna, age 13, were among nine people killed in a helicopter crash in California. Kobe reached the age of 41.