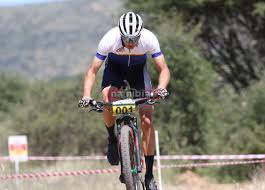 The Namibian Cycling Federation, NCF, will host the ‘prestigious mountain biking’ event of the year in the Cross Country Olympic discipline on the African continent.

“South Africa, Mauritius, Tunisia, Kenya, Lesotho and Morocco, have already confirmed their participation in the race. With entries still open, the NCF expects 120 cyclists to compete in the Union Cycliste Internationale, UCI, races and around 250 cyclists in total,” Nedbank spokesperson, Selma Kaulinge said in a statement.

According to Kaulinge, the event will be held under the license of the CAC, and the cycling governing body, the UCI.
NCF president Axel Theissen reiterated the importance of UCI eligible riders to use this opportunity to collect as many UCI points as possible.

This is the third time Namibia hosts the African Continental Championships. With the COVID-19 pandemic contributing to the race’s suspension, African cyclists had to forfeit the opportunity to earn valuable UCI points.

“The UCI points are of relevance since all international races cede their entrants according to the latest UCI rankings, which has resulted in the fact that for the last two years, most African riders had to start at the end of the starting grid,” Theissen said.

Namibia is currently the second-highest ranked African country in mountain biking, with South Africa in the top spot.