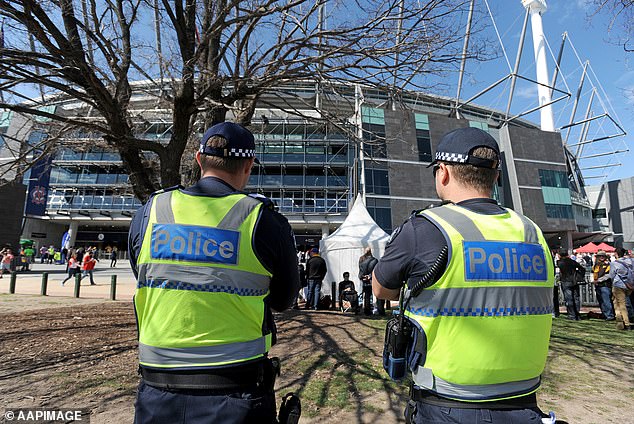 A young Australian lawmaker is calling for the defunding of the police after alleging that they harass people of color. Others have argued that she needs a “spoonful of reality,” however.

Nahui Jimenez, a member of the Victorian Socialists party, urged people to push for legislation that would defund the police after the state reported having the highest police spending in the nation ($3.9 billion between 2022 and 2023).

In a video posted to the Victorian Socialists’ TikTok account on November 23, the 26-year-old Brunswick candidate alleged police harassed the poor and people of color without repercussions.

Jimenez said, “We need to fight to defund the cops.”

You’ve undoubtedly seen cops pepper spraying anti-racist protests and harassing the homeless and people of color without any repercussions.

Victoria is the police state in Australia with the biggest budget; expenditure on almost everything else has decreased while Victoria’s budget has grown.

Jimenez advocated for abolishing drunk driving prohibitions, which she termed “racist,” and urged for the decriminalization of legal but innocuous narcotics like cannabis.

If elected, the Victorian Socialists will prioritize directing the “crazy sums” into social services, according to the speaker, who claimed that the party was the only one campaigning to defund the police.

Jimenez remarked, “If you want to fight for defunding the police, you need to support one Victorian socialist.”

If you attended the Black Lives Matter demonstration or have ever experienced the effects of being a person of color in detention, you are aware of how crucial it is to have a voice in parliament while fighting to defund the police.

Australians were split over the video, which has more than 16,000 views and 270 comments, with many believing the political candidate had “no clue.”

Who is going to explain her that cops only enforce laws, not create them? Defunding them won’t affect anything, a user said.

“Gurl [sic] you need a pinch of reality,” said another person.

She clearly doesn’t know what she’s talking about, as you can see. Defunding the police does neither address or mitigate the problems, according to another commenter.

With 52,336 ballots cast, 1.39 percent of voters chose the Victorian Socialists as their party of choice.

One of Victoria’s largest and fastest-growing minor parties, Victorian Socialists was founded in 2018 and fields some of the state’s youngest candidates.

The party has organized rallies, like as the support abortion rights event in Melbourne after Roe v. Wade was overruled, and runs on an anti-capitalist and pro-community platform.

It follows Daniel Andrews’ historic victory against the Labor party on November 26 to secure a third term as premier of Victoria.

Analysts forecast that his party will gain 56 seats, which is one more than its landslide victory in the 2018 elections and far more than the 45 seats required to keep its majority in the lower chamber.

Melbourne was subjected to cumulative stay-at-home orders for 263 days under the contentious premier’s draconian Covid measures, making it the most secure city in the world.

Although the majority of the populace supported Mr. Andrews’ regulations for vaccinations, some employees were outraged by them. His administration ran on pledges of free kindergarten and green energy.