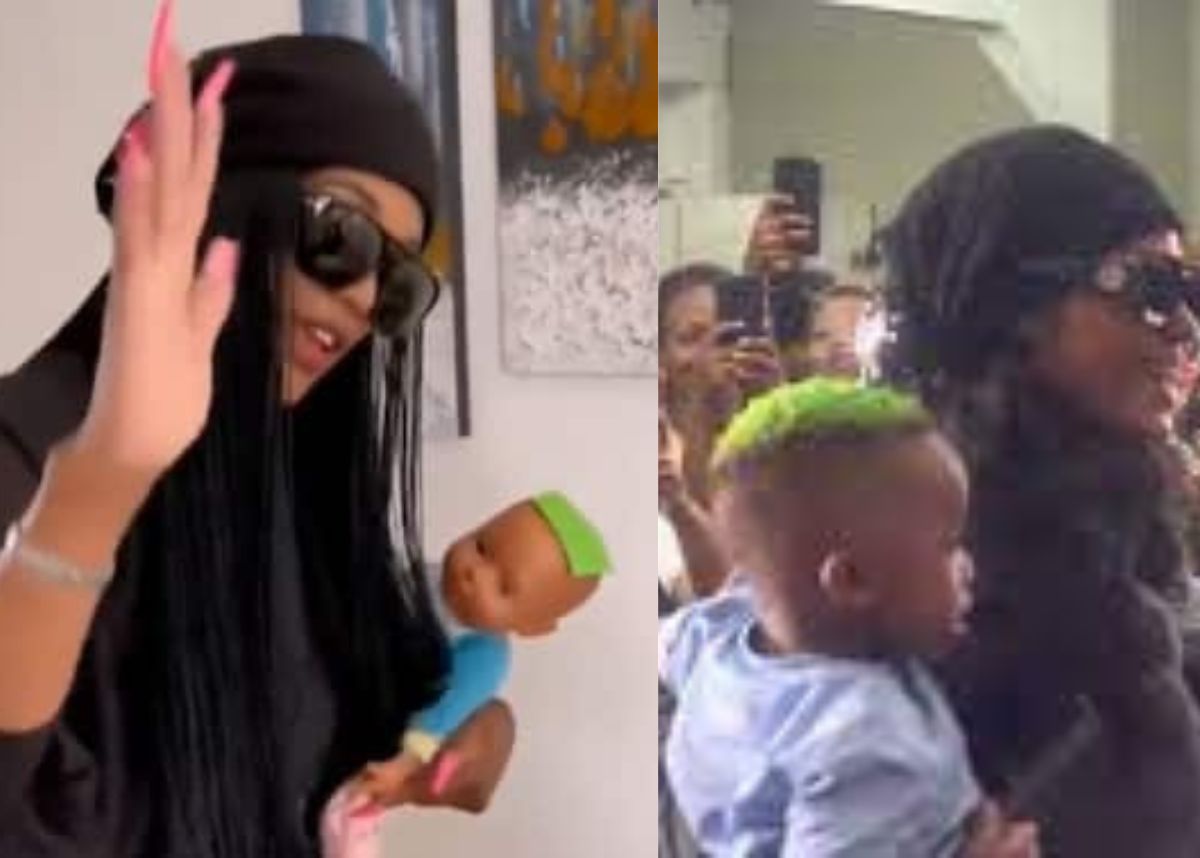 The black-clad woman in the video is holding a doll with green paper on its head to represent Babes Wodumo, who was holding her son Sponge Wodumo at Mampintsha’s burial service on December 23.

This is disrespectful towards Babes Wodumos.

The video, which was published on Twitter by @Kulanicool, has enraged Babes Wodumo and Mampintsha’s followers, who believe the woman is disrespectful to the gqom diva, who was at the time attending her husband’s burial service.

Reports suggest that the video clearly demonstrates the woman copying how Babes Wodumo honored her late husband Mampintsha by dancing with their kid Sponge. Additionally, the woman dances identically to the widow, leaving many South Africans disgusted by her behavior.

The South African stated that when one of Mampintsha’s songs was played at his memorial, the qgom queen began to dance, and mourners whipped out their cameras to capture the occasion.

Some Twitter users have demanded that the Tik Tok video be removed, while others have branded the woman cruel and seeking internet attention by exploiting Babes’ tragedy.

“It is a disgrace to be a member of the human race. I hope that life delivers them a severe hand.”

“She brought it about herself.” Instead of lamenting the loss of her husband, she chose to become a stratmate.”

I am more concerned about who thinks this humorous.

Before publishing on Yaz, individuals should ask, “What would my mother say?”

“South Africa does not deserve load shedding, but they do deserve internet outages.”

“Our eyes may be both our greatest Assets and our worst liabilities.”