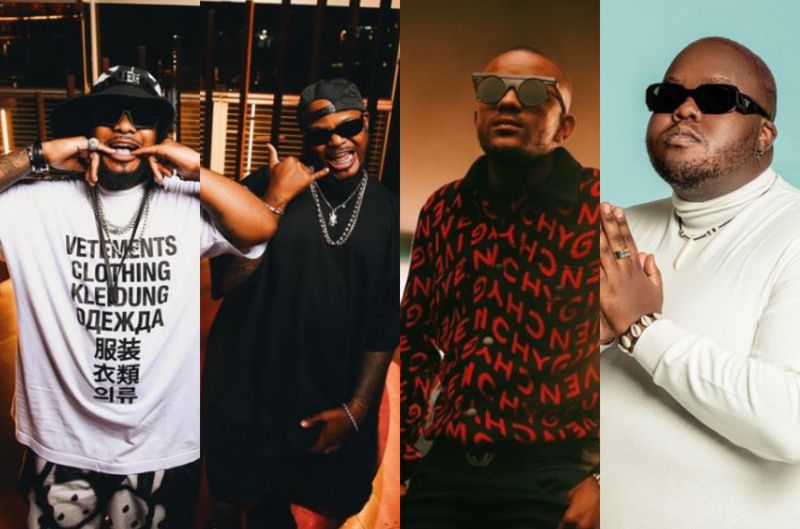 KABZA DE WAS SMALL IN COMPARISON TO MAJOR LEAGUE; IT WAS THE ORIGIN OF EVERYTHING.
During the argument, one of the speakers stated, “Local influence is no longer counted. Slowly but surely, they will have to begin recycling the material that they play.” She stated that it was South African fans who kept the music of indigenous musicians alive.

Another podcast guest used the Major League DJs as an example and contended that their music was more effective than Kabza’s. This was due to the fact that the twins were also receiving worldwide bookings.

Mzansi participated in the debate and had their own internet conversation. According to @jerry mkhatshwa on Twitter,

“But she makes it appear as if Africa isn’t good enough, as if African musicians require the European audience in order to be considered “international” artists…

“We don’t need Europe’s approval to know that Kabza de Small is the KING of amapiano. He has already made his intentions apparent in Africa, the tweep noted.

“It’s not about being brilliant at music or singing; it’s about impact,” said @QMLmo.

Heavy-K
Heavy-K likened his peak to Kabza De Small’s, but Twitter users said he was comparing apples and oranges. Image sourced from Instagram @heavykdrumboss/@thekingofamapiano
“DURING MY PRIME”: HEAVY-K CONTRIBUTES TWO CENTS TO THE CONVERSATION
The Inde hitmaker defended Kabza on Twitter, stating that all musicians in their peak are compared to one another. He noted that he had experienced the same treatment during his peak.

“What they are doing to Kabza is exactly what they did to me when I was in my prime! Heavy-K stated, “As a hit-maker, I expected this would occur, as consistency frustrates some of our fans so much that they compare you to every rising artist.

Tweeps dominated Heavy-K and informed him that the debate had nothing to do with him, so he should stay in his lane and shut up.

However, the musician persisted. He could be seen exchanging tweets with his admirers who taunted him for no longer being in his prime and said he had never achieved Kabza’s peak because the amapiano DJ developed an entire genre, whereas he was “just like any other house DJ who got successful.”

“During my prime” It’s a shame that you’ve accepted your decline.

What were they doing to you?

“Major league DJs may travel the globe, but they are inferior musicians in comparison to Kabza… Kabelo is King.”