Skip to content
Go Home «» News «» Breaking News «» My hair hasn’t been washed in 17 days, but it doesn’t smell horrible 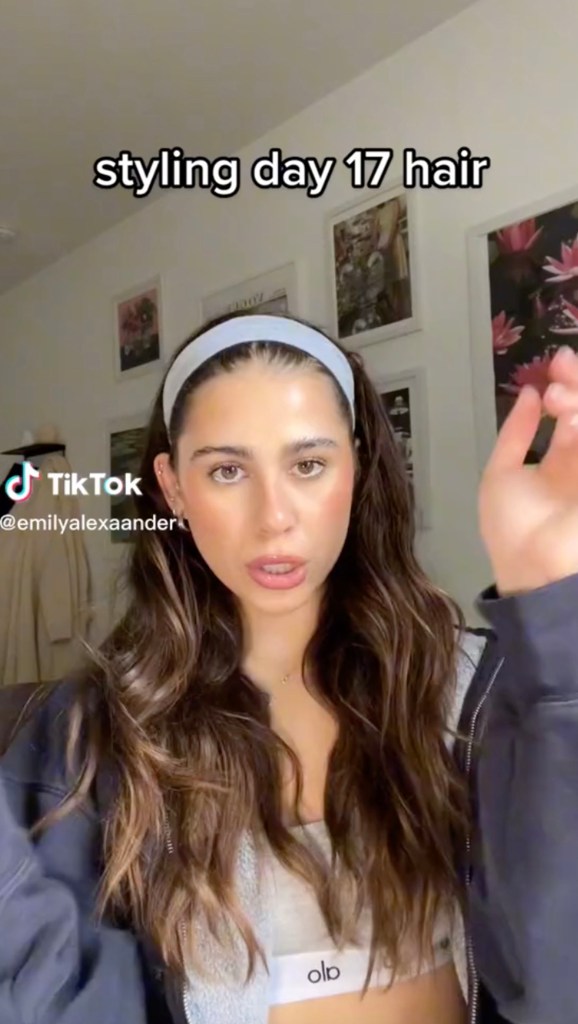 Well, hair we are.

One woman on TikTok claimed she hasn’t washed her hair in 17 days, yet she’s still had perms.

Emily Alexander, a Los Angeles-based influencer, said in a video with nearly 4 million views that she was on day 17 of without washing her hair. However, she insisted that it does not smell and that she does it frequently.

Alexander declared as she pulled a gray headband off her unclean hair, “I need to style it today.” “In the previous video, you all asked, Doesn’t it smell bad? “It does not”

Alexander kept debating how to arrange her hair for the day in the 51-second footage. She opted for a high ponytail, after which she braided her lengthy hair. The brunette also added gel because she was finally going to wash her hair the following day, on day 18.

“This is my day 17 hair,” she remarked at the end of the video as she displayed a braid studded with white ribbons.

Commenters on the video criticized the influencer for not washing her hair for nearly a month, despite the fact that she seemed pleased with her unwashed tresses.

One user remarked in the comments section, “I’m so confused girl, just wash your hair.”

“17 days??” another user was queried. This “not washing your hair” phenomenon has gone too far.

Others concurred, with one individual typing, “‘It doesn’t smell,’ may we consult an external source on this?

According to Seattle-based integrative dermatologist Elizabeth Hughes, who gave advice with Healthline, not everyone needs to wash their hair daily, and it should only be washed when it feels oily or “unclean to the touch.”

Alexander explained in the comments that she has been doing this since she was a child, when she realized that her hair grew longer the less she cleaned it.

In defense of Alexander, one viewer remarked, “Everyone’s hair is different, and they discover that certain things work better for them than for others.” It’s not as if she doesn’t wash herself.

Even one individual commented that she looked “great” with unclean hair.

They wrote, “The daily anxiety I would have because I can FEEL how dirty my hair is.” Not for me; you look fantastic.

»My hair hasn’t been washed in 17 days, but it doesn’t smell horrible«