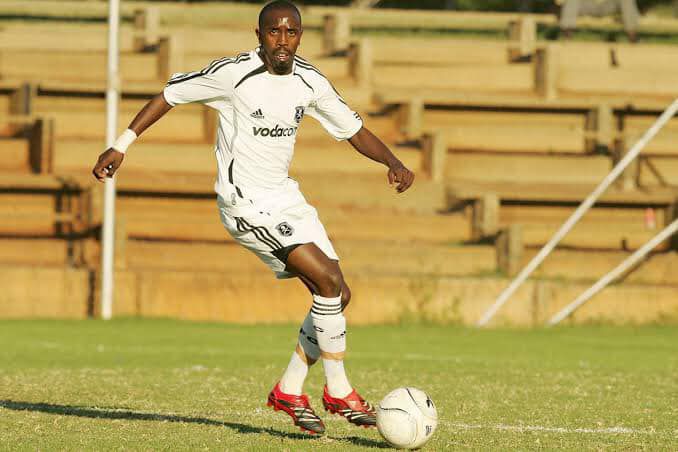 It is pretty obvious his career with Pirates never illuminated, however, Modabi did display all the top talent to touch the skies at SuperSport United, Dynamos, and Wits, but he could not stay away from booze and financial recklessness.

“So bit by bit I kept finishing my money,” Modabi said on TK Solutions’ YouTube channel.

“Finally I arrived at the promised land. One day I woke up and realised I was left with R36.50.

“I remember I bought StreetWise Two that lasted me for two days. Because I had to eat the one piece the Thursday and half mini loaf and save for the other day.

“It was dawning on me that manje ngiphethwe yindlala [right now I am starving], cause there is no money for the alcohol, which was a feeler for the stress.

Modabi concluded the unfortunate anecdote by wishing he had a grootman figure that was going to show him the right ways to lead a positive lifestyle and career.

Sadly for the Soweto-born star, his career was short-lived due to ill-discipline and a lack of social knowledge and guidance.

Staying with highly demanding coaches, former Bucs coach Rhulani Mokwena has listed a few players he challenged while he was still at the club before his shock return to Mamelodi Sundowns.

During a recent chat with one of Soccer Laduma’s leading journalists Tshepang Mailwane, Mokwena was asked about the immediate success of recruiting Teboho Mokoena to Chloorkop in January.

The former Bucs coach’s reply went as far as mentioning players he mentored at Orlando Pirates alongside Milutin ‘Micho’ Sredojevic.