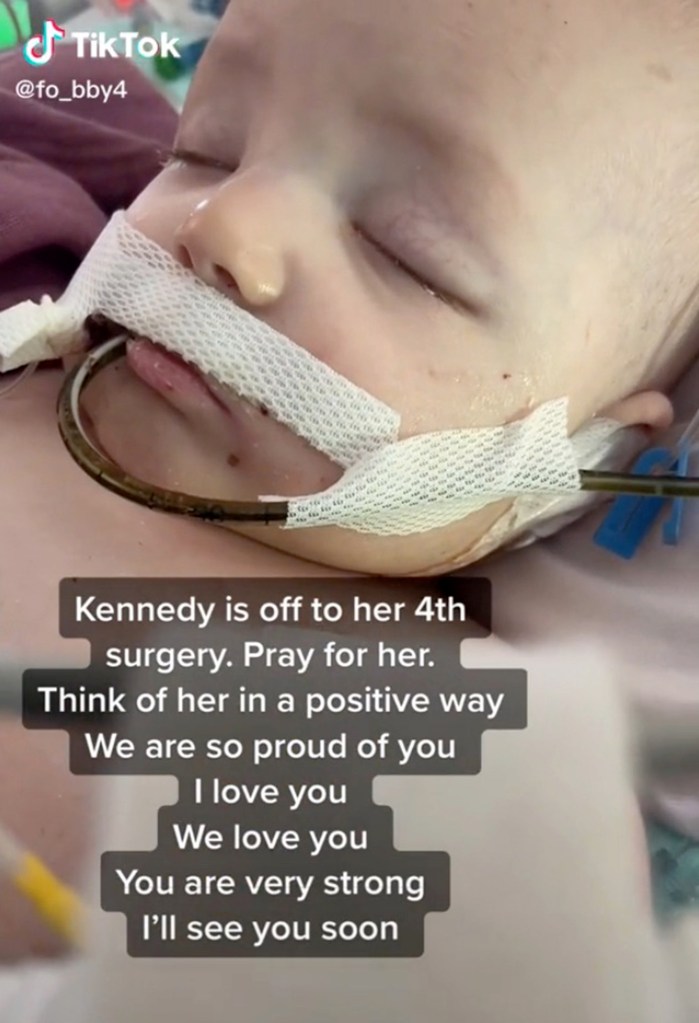 A mother issued a warning about water beads after her infant daughter was left in critical condition after swallowing a bead that expanded upon ingestion.

In October, Folichia Mitchell purchased the Chuckle & Roar Ultimate Water Beads Kit from Target for her 8-year-old son, ensuring that they were out of reach of his younger siblings while he played with them.

However, a few days later, her 10-month-old daughter, Kennedy, became lethargic and began vomiting, prompting the concerned mother of four to suspect she was experiencing an adverse reaction to a food she had consumed.

Mitchell took Kennedy to the hospital on November 1 when her symptoms did not improve, despite the fact that she had never considered the possibility that her child had ingested water beads.

We never saw her in their vicinity. Never observed her holding one. Mitchell stated on “Good Morning America” that he never saw her pick one up off the floor. “I was not at all concerned about that. That never occurred to me during the entire time that she was ill and deteriorating.”

Kennedy was taken by ambulance to a larger children’s hospital, where doctors ran tests on the infant before discovering a large mass in her stomach.

At the beginning of November, Kennedy underwent surgery to remove the water bead, but doctors discovered that her intestines were already damaged.

Mitchell told “GMA” that the battle has been extremely difficult, and doctors reportedly gave her daughter a 50/50 chance of surviving the third surgery.

A month after ingesting the bead, Kennedy is still hospitalized, with doctors uncertain of both the long-term effects and her discharge date.

Mitchell has been sharing her terrifying experience on TikTok, with a single video garnering more than 1.5 million views, and warning parents that the beads, which are recommended for children aged 4 and older, can be fatal.

According to the National Capital Poison Center, water beads, which are composed of superabsorbent polymers, can expand to the size of a tennis ball when exposed to water and cause intestinal blockage and damage.

Target stated in a statement to “GMA” that it had pulled the Chuckle & Roar Ultimate Water Beads Kit from store shelves and its website pending an investigation.

Despite the fact that Kennedy is still healing, Mitchell asserts that she has defied “amazing odds” thus far.

Mitchell remarked, “She’s defied the odds in a way that few adults can.” I am quite proud of her.

»My baby nearly died after swallowing a water bead; parents should careful!«