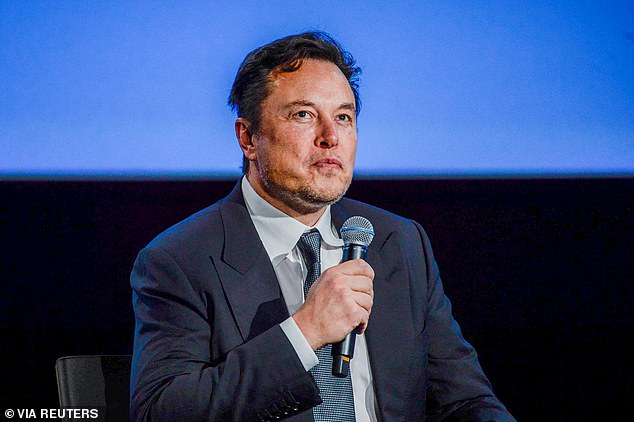 Elon Musk, the CEO of Twitter, recently met with a Stanford professor who said he was banned by the social media platform during the epidemic because he opposed the COVID-19 lockdowns and other people believed his ideas were too risky.

The social media network added epidemiologist Dr. Jay Bhattacharya on a blacklist after he claimed Covid lockdowns were harmful to kids.

Bhattacharya is a tenured professor at Stanford who co-wrote the Great Barrington Declaration, a document that expressed how harmful lockdowns were, in 2020.

The letter discussed the epidemic and its effects from a human rights and global public health standpoint, putting particular emphasis on how Covid-19 policies were making children, the working class, and the poor shoulder the bulk of the burden.

Bhattacharya gave a detailed account of his time in Twitter’s San Francisco headquarters on Sunday. He spent Saturday there after being asked to meet with Musk to learn more about the blacklist he was put on.

The professor tweeted, “Twitter 1.0 put me on the blacklist on the first day I joined in August 2021.” ‘ Based on vague complaints Twitter got, I believe it was my pinned tweet pointing to the @gbdeclaration that caused it to be added to the blacklist.

At the time, Bhattacharya described how Kulldorff had asked Twitter 1.0 for verification but had been denied because they were not well-known enough.

‘Twitter 1.0 denied my and @MartinKulldorff’s requests for verification. Every time, the justification—which was never explained to us—was that we weren’t noteworthy enough. Francis Collins would have attested to our status as “fringe epidemiologists,” Bhattacharya added. They should have questioned him.

It will take some time to learn more about what motivated Twitter 1.0 to behave so opportunistically, but I am appreciative to @elonmusk for promising access to assist in the investigation. He tweeted, “I will disclose the findings on Twitter 2.0, where openness and freedom of expression are the norm.”

Musk subsequently tweeted in appreciation, saying, “Thank you for your strict dedication to science.”

The Great Barrington Declaration, supported by Bhattacharya and academics from Harvard and Oxford Universities, was released in October 2020 and promoted the idea of herd immunity, or the idea that Covid would cease spreading after everyone had caught it.

The White House backed the tabloid and tried to use it to pressure lawmakers to enable businesses and institutions to reopen.

Herd immunity, according to Dr. Anthony Fauci, is “totally rubbish” and “crazy,” and it will “lead to hospitalizations and fatalities,” he said.

Thoughts on the decision to shut schools were expressed by Dr. Fauci to ABC News last month, who said: “We should anticipate, and have understood, that there would be negative collateral implications when you do something like that.

Because of this, whenever I’ve been in the media, I’ve always emphasized that “we have to do all we can to keep the schools open.” The protection of children is of utmost importance.

Additionally, he has asserted time and time again that Covid did not leak from a lab in China.

Bhattacharya spoke about his difficulty to get verified on Twitter last week during an interview with James Lileks, a conservative presenter of the Ricochet podcast.

It turns out, James, that I’m on a blacklist, which I had assumed had been left behind by the United States in the 1950s, but I suppose that’s just the way things are done in the present day, remarked Bhattacharya. Using this kind of social control mechanism, the world is informed that the topic at hand is too risky to broach. It’s risky to even consider this guy.

After gaining a following of roughly 290,000 via his appearances on different news networks to discuss the epidemic, it seemed as though the social media giant didn’t want to grant him the blue checkmark.

I had some success, but they rejected my three applications to be confirmed, said Bhattacharya.

The professor was included on Twitter’s blacklist among other prominent personalities who questioned the seriousness of the COVID-19 lockdowns, according to journalist Bari Weiss, who verified this on Thursday.

Specialist teams were assigned to handle 200 cases every day at the time.

Conservative pundits like Dan Bongino and Charlie Kirk were also purposefully placed on a “search blacklist” or a “do not amplify” page, respectively.

It functions mostly as a social credit system, correct? According to Bhattacharya, “It’s a system that tells people that I’m awful and that I have harmful views, so don’t listen to me.” “I believe that’s actually the point of anything like that, as it’s impossible for ideas to be squashed on the internet once they occur.”

In the second installment of what has come to be known as The Twitter Files, Weiss announced the disclosures last week on Twitter.

She said that Twitter had teams of employees attempting to lessen the momentum obtained by certain users or their tweets and utilized a practice known as “visibility filtering” to diminish profiles they disagreed to.

A top insider of Twitter described it as “a really strong weapon.”

A top-level “Site Integrity Policy, Policy Escalation Support” team, which included of the CEO and senior legal advisers, supported the teams seeking to ban certain accounts or themes. On the team were Jack Dorsey and Parag Agrawal, who will take over as CEO.

Top executives like Yoel Roth, the global head of trust and safety, expressed their desire for more inventive methods of filtering and muzzling certain accounts and information in internal correspondence.

Elon Musk, who paid $44 billion for Twitter in October, retweeted Weiss’ thread with a popcorn emoji in response to the discoveries about the business he now controls.

The business is “working on a software upgrade that will disclose your genuine account status, so you know clearly whether you’ve been shadowbanned, the reason why, and how to appeal,” he wrote, adding that “as @bariweiss clearly indicates, the rules were enforced against the right, but not against the left.”

According to Weiss, the tactic was known as “visibility filtering” on Twitter.

“Consider visibility filtering as a mechanism for us to censor what people see to varying degrees. She was informed by a top Twitter employee that it was a highly potent tool.

Twitter would restrict searches for certain users, making it harder to discover a particular tweet, remove it from hashtag searches, and prohibit tweets from the “trending” tab.

Weiss also received information from a Twitter programmer who said: “We manage visibility quite a bit.” Additionally, we have a lot of influence over how your material is amplified. And the average person has no idea how much we do.

Complex and high-profile situations were handled by a higher-level team known as SIP-PES, or “Site Integrity Policy, Policy Escalation Support.”

On the group were Yoel Roth, the global head of trust and safety, Gadde, and Dorsey, who was replaced as CEO by Parag Agrawal.

In a Slack chat, Roth informed his coworkers that “spam enforcements” had been utilized to get around the safety team’s “under-enforcing their laws.”

If steps were done to restrict the well-known account @LibsofTiktok, whose account was internally tabbed: “Do Not Take Action on User Without Consulting With SIP-PES,” the group would need to step in.

According to Weiss, the author, Chaya Raichik, was prevented from accessing her account for at least a week each time the account was suspended six times in 2022.

They informed Raichik that her account had been suspended as a result of transgressions of Twitter’s “hateful behaviour” policy, while Twitter itself acknowledged there had been no transgression.