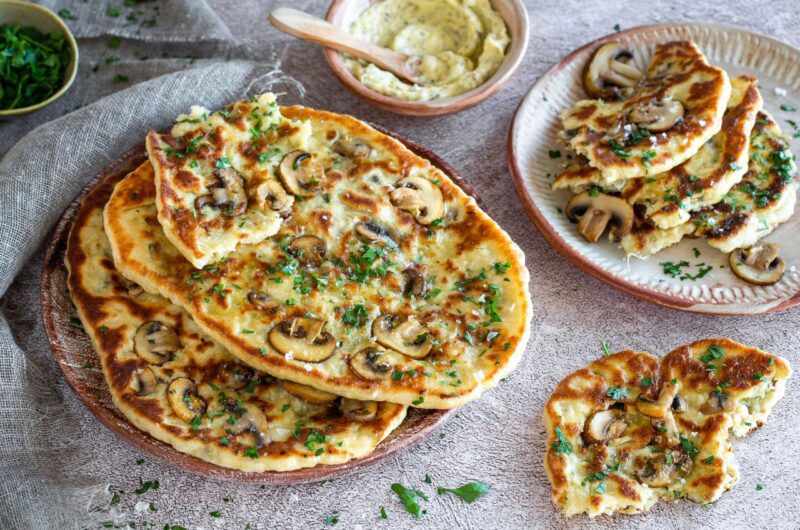 We understand how tempting it is to want to eat dough all day and sip garlic butter from a cup, but we have a more socially acceptable dish for you. Pan-fried naan is what you want, and you can stop feeling bad about eating it even if it’s very fatty. The best way to spend the weekend is with friends and family, eating this mushroom and paneer-stuffed naan till you feel delighted and full. The addition of paneer, which is Indian cottage cheese, ups the opulence factor.

Naan bread may be produced in a stand mixer fitted with a dough hook or by hand, which can be a time commitment but is also enjoyable. This dish is pretty rich but incredibly wonderful since almost every part of it includes butter or is cooked in butter. The butter-fried naan has a crunchy outside and a soft, doughy middle that is stuffed with garlic, paneer, and mushrooms for a delicious textural contrast. As a starter or main dish accompaniment, you can be certain that every last morsel will be devoured.

In your opinion, how is naan bread? Well, this recipe for cheesy, crispy naan packed with mushrooms and paneer is the best weekend dinner ever.