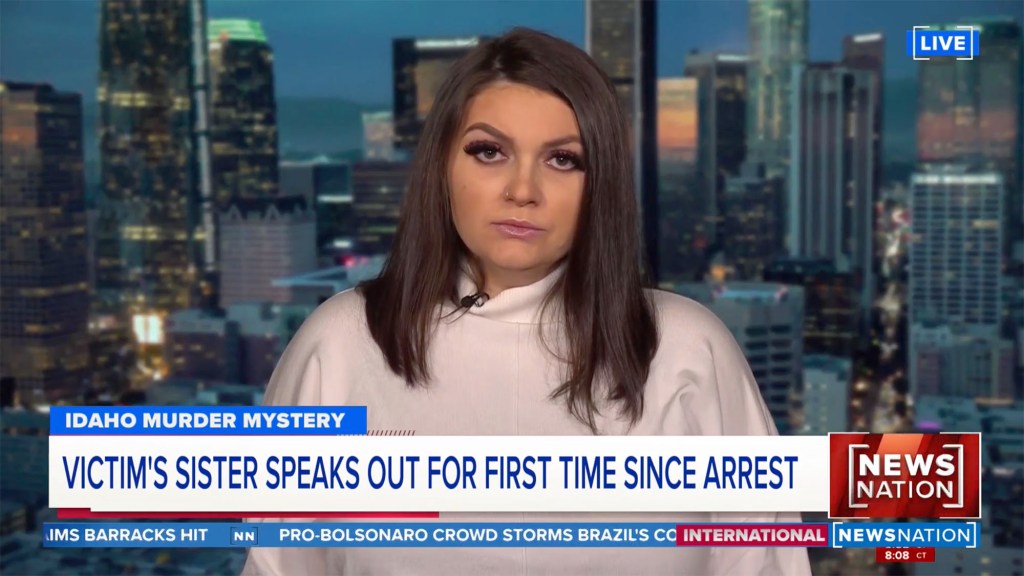 Kaylee Goncalves, a deceased student at the University of Idaho, had “no notion,” according to her sister, that murder suspect Bryan Kohberger was reportedly stalking her and her housemates at their off-campus residence before to the terrible crimes.

Alivea Goncalves expressed horror after learning that Kohberger allegedly visited her sister, Alivea, 21, at least a dozen times before the murders on November 13 at her off-campus house in Moscow, Idaho.

“We were clueless. She was clueless. I was unaware that genuine evil was observant of them, Alivea told NewsNation.

Alivea claimed that before her sister, Madison Mogen, 21, her roommate Xana Kernodle, 20, and Kernodle’s boyfriend Ethan Chapin, 20, were killed, she had spoken with Kaylee every day.

“A lot of that is due to the fact that he had previously visited the house so frequently, late at night and early in the morning. He has demonstrated this pattern of behavior, according to Alivea.

He returned to the house the morning of the incident, before the police had been contacted, I believe to check if his “circus,” as it were, had begun to play out. She told NewsNation, “I don’t think he would have been able to resist participating in the internet groups, ideas, conspiracies, and everything in between.

She said that her family is establishing a foundation in Kaylee’s honor.

We still have a very long way to go. I can’t even begin to express how relieved we all felt to have a suspect in custody; it was like a weight had been lifted off our shoulders, Alivea told the site.

Kohberger, 28, who was a doctoral student in criminology at Washington State University at the time of the incident and is currently being imprisoned in the Latah County Jail, made his first court appearance in Moscow on Thursday.