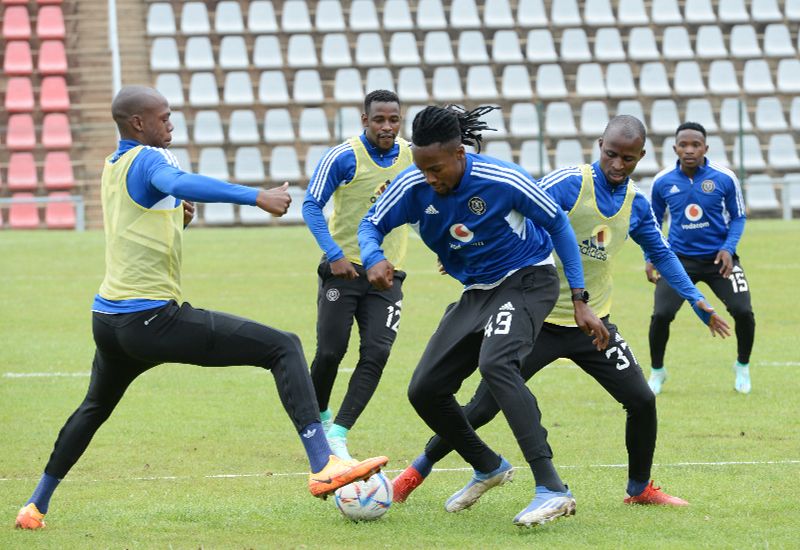 Saturday’s MTN 8 final between Orlando Pirates and AmaZulu at Moses Mabhida Stadium is arguably the most significant match of the season for Orlando Pirates.

Two teams remain in the competition, and all roads lead to Durban, where the first trophy of the ongoing season is at stake.

The Buccaneers face an eager Usuthu squad determined to disrupt the weekend’s festivities as they seek their first trophy since winning at the same site two years prior.

After defeating Royal AM in the quarterfinals and advancing to the semifinals with a relatively impressive 3-0 aggregate victory over defending champions Mamelodi Sundowns, with all three goals scored in the away leg of the two-legged tie, José Riveiro’s squad is one step away from gold.

However, they have struggled in league play, claiming only one victory in the month of October, although earning five points in the same number of matches.

Their most recent appearance was a loss to rivals Kaizer Chiefs at Orlando Stadium in the Soweto Derby, and nothing less than a victory will suffice when they take the field on Saturday.

It will not be simple to defeat AmaZulu, who won their most recent match, a 1-0 road triumph against Stellenbosch.

Usuthu will be hoping for another Soweto scalp after advancing to the semifinals by virtue of the away-goal rule against Chiefs and following a 2-1 quarterfinal victory over Cape Town City.

During the preceding month, they played to a total of four draws, including two in league play, and suffered a solitary loss.

Following a brief absence due to suspension, the midfielder Miguel Timm is now eligible for selection.

The midfielder is one of a few of players that could return to the match day squad, along with Vincent Pule, who has resumed full training after recovering from injury.

Innocent Maela, captain of the Buccaneers, is in a battle against time after leaving the Soweto Derby on a leg injury.

AmaZulu will likely be missing veteran striker Lehlohonolo Majoro, who had to be withdrawn from the league match against Pirates in the middle of October.

Monnapule Saleng (Orlando Pirates): If the Buccaneers are to win on Saturday, they must be sharp in the attacking third, and Saleng has been a more-than-capable attacking component in recent weeks. With four goals scored in a month, Saleng has become nearly necessary and will occupy the focus of the opposing defense whenever he is on the pitch.

A recent league meeting between these two teams resulted in a 1-1 draw, but Pirates’ unbeaten streak was extended with this result.

In February, Deon Hotto’s second-half goal secured Pirates’ advancement in the Nedbank Cup, allowing them to defeat the opposition. In 1994, the Buccaneers prevailed 2-1 in their most recent Top-Eight football matchup.

Over the past 37 years, only five Cup matches have taken place between the two oldest clubs in the League.

The Buccaneers have been the more successful team in knockout football, with four victories dating back to 1990 and their single loss being in 1990.

How to View the Orlando Pirates vs. AmaZulu Match

The MTN 8 final is slated to begin at 18:00, and will be aired live on SuperSport PSL with an hour of buildup preceding the game.

Real-time updates will be available on all Orlando Pirates social media platforms.

The game’s tickets have sold out.