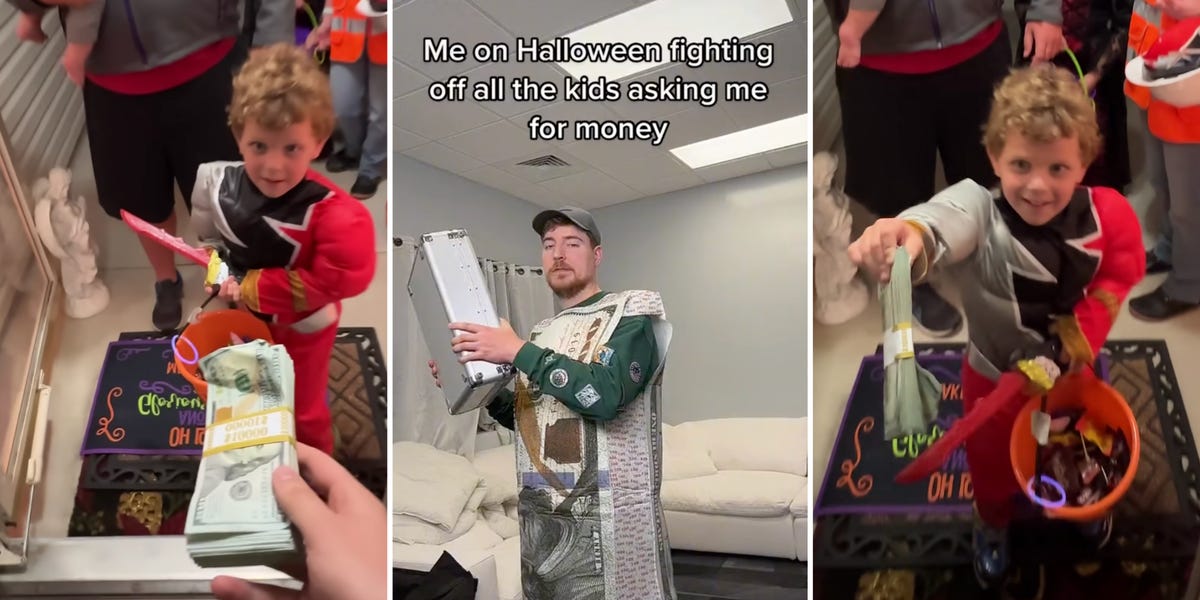 MrBeast, the most popular YouTuber in the United States, claimed he was giving away cash on Halloween, but one child attempted to return $10,000 in exchange for sweets.

In a November 2 TikTok video, MrBeast, whose actual name is Jimmy Donaldson, stated in an on-screen caption that he would offer $10,000 to the next trick-or-treater that came to his door. The YouTuber then revealed a tiny toddler standing in front of a small group by opening the door.

Donaldson was overheard saying, “Hey, here’s $10,000,” before placing a wad of cash in the child’s bucket. An adult standing next to the toddler said, “Oh my goodness, are you serious?” after the child responded “thank you.”

The child was then observed attempting to return the bundle of cash to Donaldson.

The YouTuber then offered the child, as well as several other children standing nearby, bars of Feastables, his own brand of chocolate products.

Donaldson also tweeted about the incident on November 3, stating, “On Halloween, I was handing out $10,000 and one child attempted to trade the money for candy.”

Then, he posted a screenshot of the child attempting to return the money with the message, “POV you want a Feastables bar instead of $10,000.”

Donaldson was seen handing out what appeared to be iPhone boxes to trick-or-treaters in a different TikTok video uploaded on November 2. A child dressed in a Minecraft-themed outfit was given two boxes along with what appeared to be a PlayStation and two pairs of Apple AirPods.

The YouTuber, who is among the most-watched and highest-paid creators on the internet, is well-known for giving out expensive prizes in his videos. In June, he awarded $500,000 to a fan in a tournament inspired by “Willy Wonka and the Chocolate Factory.”

»MrBeast, a YouTuber, said one trick-or-treater sought to return a $10,000 bundle for candy«