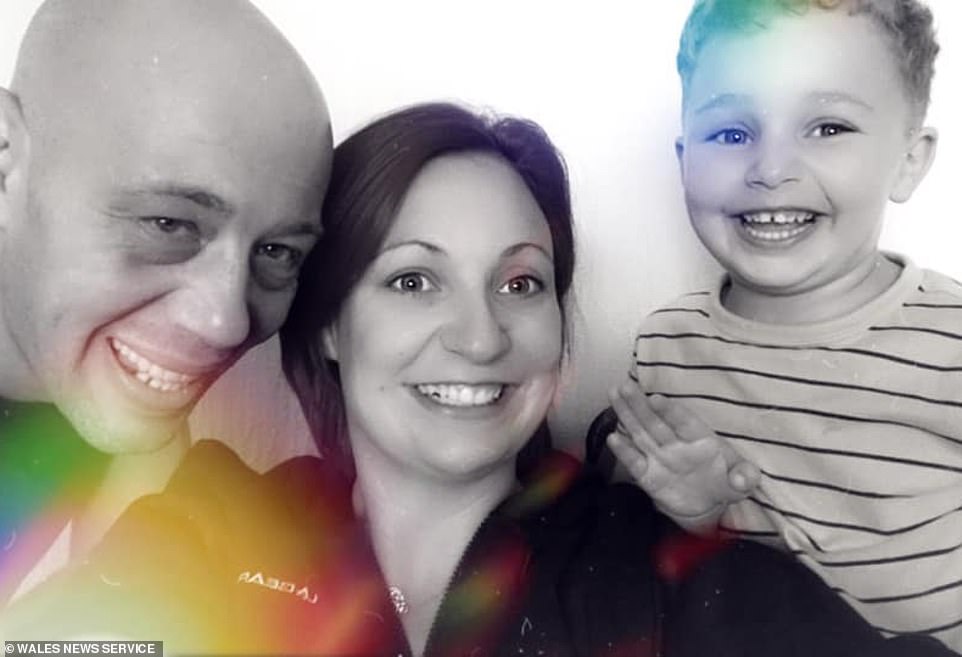 The mother and stepfather of a five-year-old boy whose battered body was found dumped in a river have been found guilty of his murder.

John Cole, 40, and Angharad Williamson, 31, of Sarn, Bridgend, were convicted of killing Logan Mwangi by a jury of five men and seven women at Cardiff Crown Court on Thursday after five hours of deliberation.

A 14-year-old boy, who cannot be named because of his age, was also found guilty of murder.

In the months and weeks leading up to his death, Logan had been ‘dehumanised’ by his family, prosecutors said. Logan’s stammer is said to have worsened, becoming particularly bad around Cole. He wet himself more frequently and began self-harming.

Logan’s stepfather Cole, a former National Front member who nicknamed the five-year-old ‘Coco Pop’, had made him eat Weetabix while the rest of the family feasted on a KFC, the court had heard.

Cole would also use army-style punishments on Logan, making him do press-ups until he was in tears and would collapse on the floor.

The five-year-old boy had also been ‘kept like a prisoner’ in his small bedroom – likened by his mother to a ‘dungeon’ – with a baby gate barring him from leaving after testing positive for coronavirus on July 20,

Logan, a previously ‘smiling, cheerful little boy’, was discovered in the River Ogmore in Pandy Park, Bridgend, South Wales, on the morning of July 31 2021.

Police officers found him partially submerged wearing a pair of dinosaur pyjama bottoms and a Spider-Man top just 250 metres from his home.

The youngster had suffered 56 external cuts and bruises, and ‘catastrophic’ internal injuries, which were likened to a high-speed road accident.