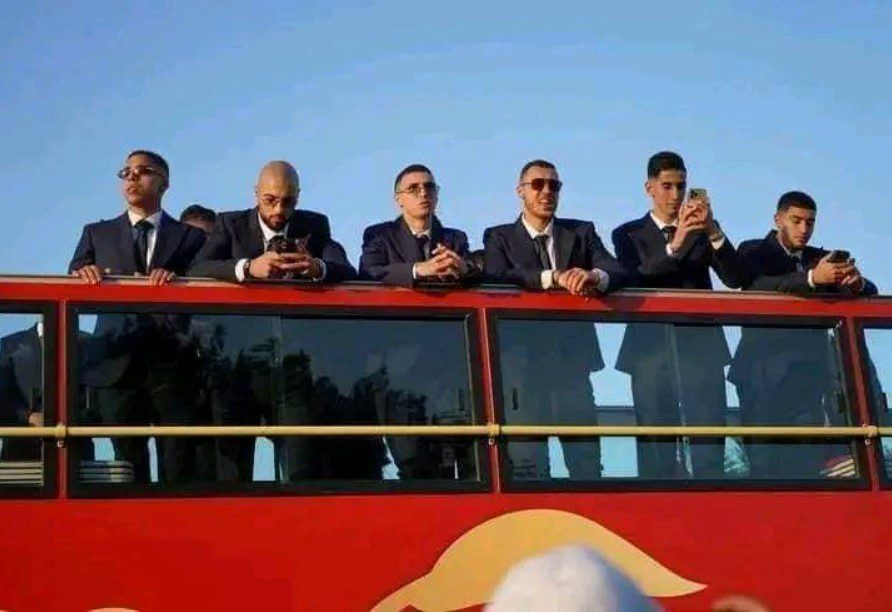 The Moroccan national team was greeted with a hero’s welcome upon their arrival in Rabat on Tuesday, following their brilliant run at the 2022 FIFA World Cup in Qatar.

Thousands of supporters gathered in Rabat’s capital city to welcome club manager Walid Regragui and his squad with shouts, flags, and pyrotechnics.

The Atlas Lions created history by reaching the semi-finals of the world’s largest football event for the first time ever by an African team.

The beginning of their fairytale began when they defeated the second-ranked team in Group F, Belgium, by a score of 2-0 in their second meeting. They went on to win the group.

In the round of 16, they shocked 2010 World Cup champions Spain by edging them in a penalty shootout to send them to an early exit from the competition.

Regragui and his squad showed that they were on a mission when they defeated Cristiano Ronaldo’s Portugal 1-0 in the quarterfinals to make history in the world championship.

In the semifinals, they were defeated by the defending champions, France, bringing a stop to their amazing run.

Last week Saturday, the north African team’s loss against Croatia in the third-place match gave them fourth place in the competition.

Morocco unquestionably exceeded the World Cup expectations for an African team, as the underdogs exhibited some of the most dynamic football and found some of the most fascinating stars who have attracted the interest of Europe’s top clubs.

»Morocco is welcomed home as a hero«