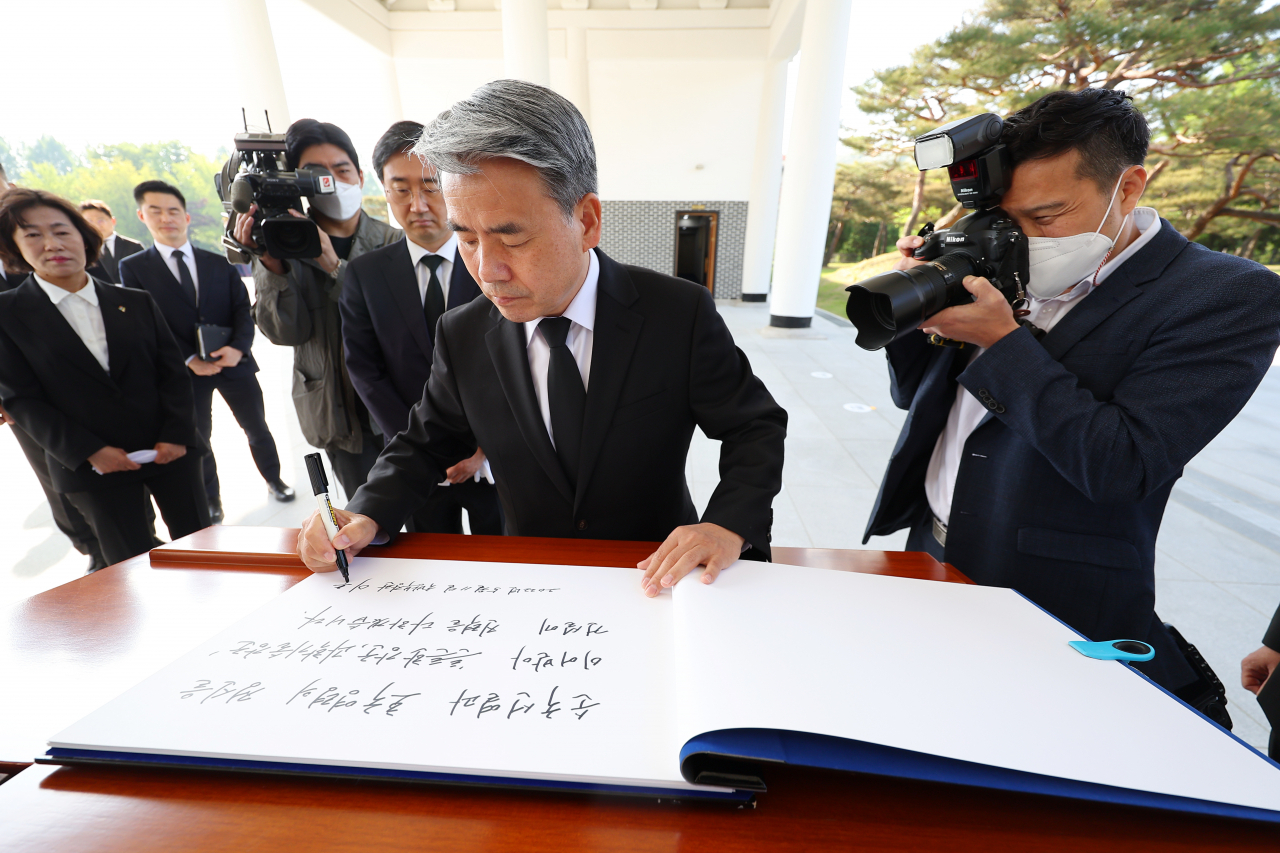 Lee Jong-sup, the new South Korean defense minister, assumed office on Wednesday, promising to “sternly” respond to any North Korean provocations and to strengthen the alliance with the US.

Lee, a retired three-star Army general, emphasized his commitment to guaranteeing a “strong” defense in his inauguration speech, citing the “extremely severe” security backdrop created by the North’s evolving nuclear and missile threats, as well as the growing Sino-US rivalry.

“We will strongly reply in light of our right to self-defense if North Korea undertakes a tactical provocation,” Lee said, alluding to the North’s probable military actions that “directly” damage the South’s security.

“We will strengthen the military alliance between South Korea and the United States, as well as enhance mutually advantageous defense cooperation with friendly countries,” he said.

Between the inauguration of new President Yoon Suk Yeol on Tuesday and the arrival of US President Joe Biden in Seoul for their first in-person meeting on May 21, the allies are increasing security coordination amid fears that the North may conduct a nuclear test.

The new minister also stated that he wants the defense industry to become a “strategic cutting-edge industrial sector that leads our economic growth.”

Lee, a graduate of the Korea Military Academy, has previously held posts in the military, including deputy chairman of the Joint Chiefs of Staff and commander of the Army’s 7th Corps.