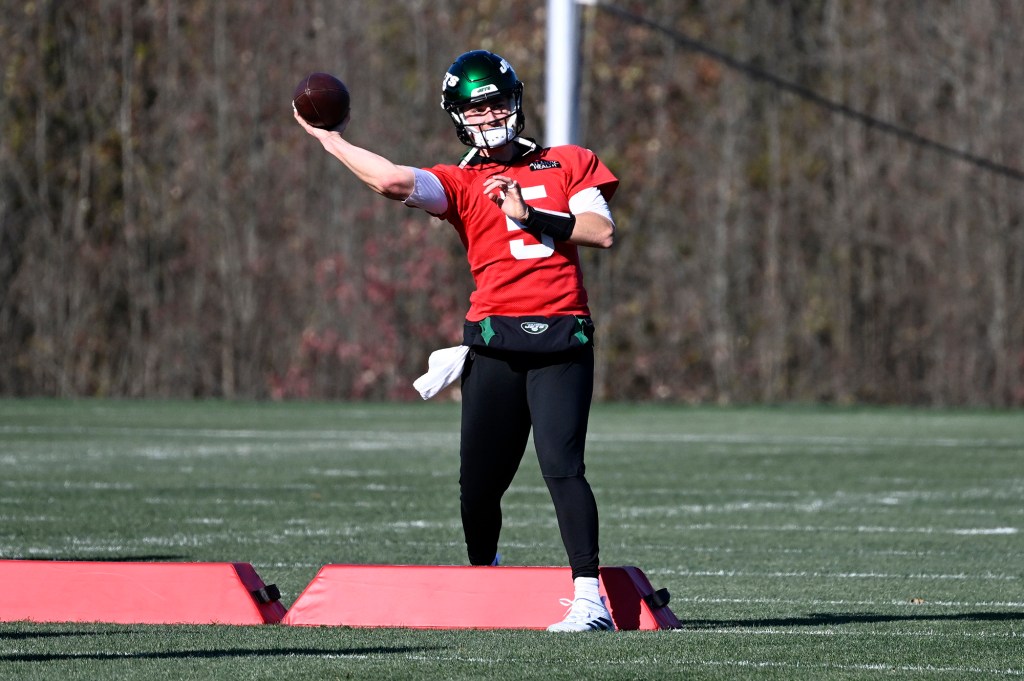 Will the subsequent yells be applause or jeers?

White will start against the Bears on Sunday, only five weeks after his previous appearance as the Jets’ third-string quarterback. This is due to the shocking decision to bench Zach Wilson. White, who went 1-2 as a starter last season but was Wilson’s top backup behind Joe Flacco until last month, did not have a lock on this opportunity.

White stated that he did not know when, how, or why he would be given another opportunity to start, whether it would be this year or two years from now. “Countless older men have taught me that the moment you’re not prepared, it passes you by and you’re gone.”

In lieu of Zach Wilson, Mike White will start for the Jets against the Bears on Sunday.
William Kostrou

It appears unlikely that White’s season opener will surpass his first NFL start, in which he broke rookie records for most completions (37) and highest completion % (82.2) while passing for 405 yards and three touchdowns in an upset victory over the Bengals on October 31, 2021. The Jets are hoping White, 27, can avoid a repeat of his four-interception performance against the Bills from the previous season.

Robert Saleh, the head coach, remarked, “He has helped us win games, and he practices well.” “As a quarterback, he’s incredibly skilled, and he’s able to make all the necessary throws on the football field and operate the offense as we require. I predicted weeks ago that he would be next to have an opportunity, and that time has come.

White stated that Saleh contacted him with the news on Tuesday, a day before the rest of the team was informed during a meeting. White, a five-time-released former fifth-round draft pick, will need a string of winning performances to preserve his job, given that Saleh has already shown interest in reverting to Wilson this season.

This time, the circumstances behind White’s ascent are different. He has neither been forced to participate due to an injury, nor will he be playing with nothing to lose. In last week’s 10-3 defeat to the Patriots, which placed the Jets (6-4) well outside the postseason picture, he will be challenged to help jumpstart an offense that amassed just 103 total yards.

“In order to extend your career as a backup quarterback, you must capitalize on those opportunities,” White explained. “When you look back, it’s been a wild up-and-down trip, but I’m grateful for everything because I believe it’s helped me become the player I am today.”

During difficult periods at MetLife Stadium, Jets supporters who were recalling the Bengals’ distress had yelled White’s name.

Everyone is aware with his playing style, according to linebacker C.J. Mosley. “He enjoys getting the ball into play and throwing it downfield. He must consistently pass the ball to the playmakers and be consistent.”

»Mike White intends to “capitalize” on an unexpected Jets chance«