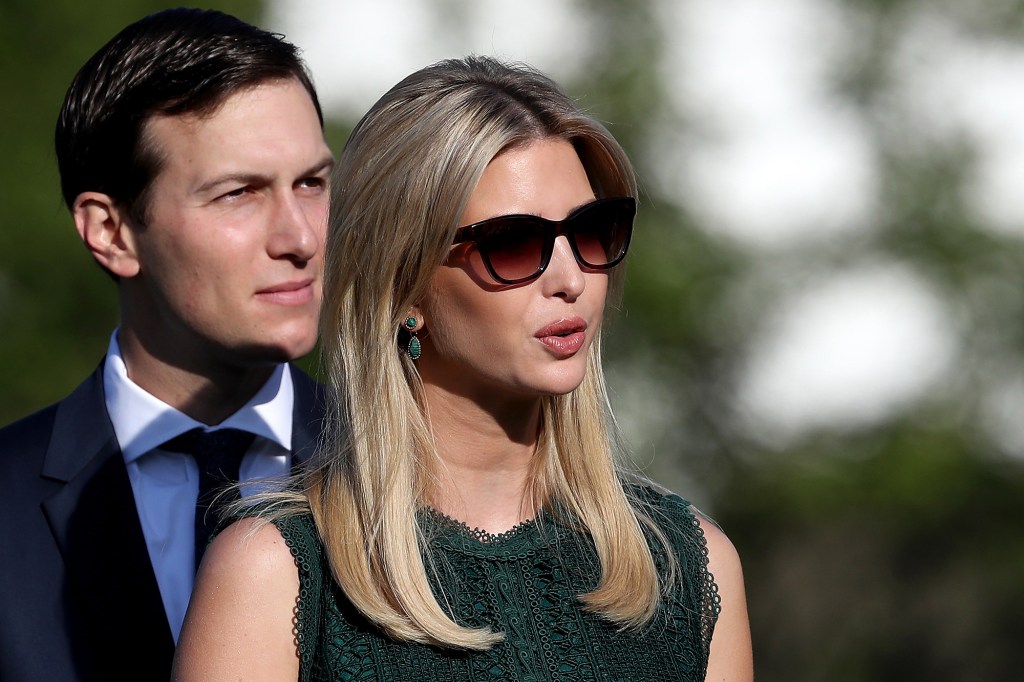 In his forthcoming book, former Secretary of State Mike Pompeo reveals that Nikki Haley plotted with Jared Kushner and Ivanka Trump to become then-President Donald Trump’s No. 2 when she was serving as the 45th president’s ambassador to the United Nations. ​​

Pompeo claims in “Never Give an Inch,” an excerpt of which was obtained by The Guardian, that Haley “played” then-White House chief of staff John Kelly by bringing the president’s daughter and son-in-law to a claimed one-on-one Oval Office meeting with Trump.

“To the best of Kelly’s knowledge, they were presenting a ‘Haley for vice president’ option,” Pompeo writes. “I am unable to confirm this, but [Kelly] felt certain he was duped, and he was not pleased. Clearly, this visit was not a cooperative effort and damaged our efforts for the United States.”

Trump had to publicly dispute claims that he planned to replace Vice President Mike Pence with South Carolina’s former governor Nikki Haley for the 2020 campaign, declaring that Pence would “absolutely” stay on the ticket.

The tale is one of the instances in which Pompeo expresses his dislike for Haley, who, like the former top US ambassador, is exploring a run for president in 2024.

Pompeo rejects the role of UN ambassador as “much less significant than people believe” and challenges Haley’s dedication to public service over her personal ambition.

“She has described her role as facing tyrants head-on,” he says. If this is the case, then why would she leave such an essential career at such a crucial time?

Pompeo asserts that Haley “abandoned” Trump with her resignation, just as she “abandoned” the “great people of South Carolina” when she left as governor in 2017 to seek the UN position.

In his book, Pompeo reveals, among other details, that Trump once had the “crazy notion” that Pompeo could simultaneously serve as secretary of state and secretary of defense.

According to Pompeo, he was approached by then-White House Chief of Staff Mark Meadows in July 2020, who informed him that Mark Esper would soon be leaving the Pentagon and that Trump wanted Pompeo to “take on the additional responsibility of leading the department of defense.”

Pompeo says that he told Meadows he had “plenty” of responsibilities at the State Department and “could not possibly command defense at the same time.”

In the book, Pompeo praises Trump and Pence but calls former national security adviser John Bolton a “scumbag loser” who should be imprisoned for leaking confidential information.

After Trump sacked Bolton in 2019, the longtime neoconservative security analyst wrote a biography titled “The Room Where It Happened” in which he recounts talks he had with the president.

The Trump administration filed suit to prevent the release of the book, alleging that it contained vital national security information.

In the book, Pompeo compares Bolton to famed leaker Edward Snowden, stating that Snowden “at least had the decency not to lie about his motive.”