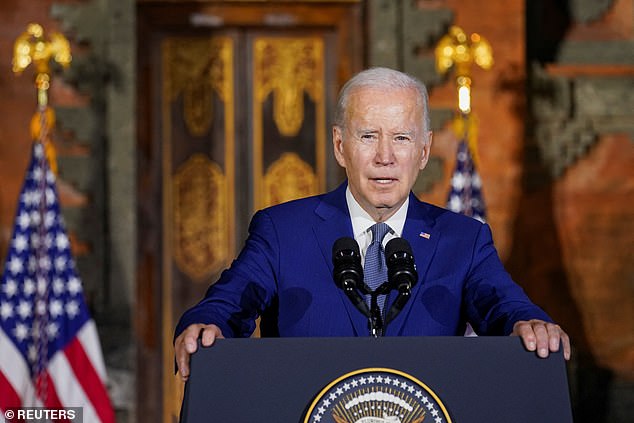 President Joe Biden acknowledged for the first time since Democrats retained the Senate and outperformed predictions in the House that they likely lack the support necessary to enshrine Roe v. Wade’s abortion protections.

Biden stated Monday at a news conference in Bali, in response to a question about the matter – a significant issue in the elections for important House and Senate seats – “I don’t think they can expect too much other than that we’ll retain our stances” on the abortion problem.

Democrats anticipated that by increasing their Senate majority, they would be able to attempt to enact a measure restoring the safeguards that the Supreme Court struck down and left to the states.

Biden stated, “I do not believe there are sufficient votes to codify unless something extraordinary occurs in the House.”

This year, the Democratic House enacted a bill that would have enshrined Roe v. Wade, but it was unable to pass the 50-50 Democratic-controlled Senate.

Now, Senate Democrats are staring at a majority of 50 or 51 seats. Biden certainly lacks the numbers necessary to ram through procedural modifications that would thwart a filibuster, meaning that even his slightly increased majority is insufficient.

President Joe Biden remarked in Bali, “I think we’re going to come very close” to retaining control of the House, implying that the GOP could seize power.

It was also his first admission that the House may have been just out of reach. Although unresolved, the Republican Party may achieve a slim majority. A Republican majority would be uninterested in enacting the measures sought by Biden.

At a public gathering held after a three-hour meeting with Chinese President Xi Jinping, the president stated, “I believe we will become extremely close.”

This year, the Supreme Court overturned the nationwide right to abortion, a decision that enraged abortion rights supporters and appears to have influenced the outcomes of critical elections. A number of conservative states have enacted new abortion bans or allowed previous prohibitions to go into effect.

Biden lauded the elections that transpired while he was in Asia, echoing the sentiments of his aides who stated that even international leaders were monitoring the results in states that will influence the distribution of political power in Washington.

‘I think it will be extremely close, but I don’t think we can do it,’ he said, implying that Democrats will likely fall short of maintaining their House majority.

After his meeting with Chinese President Xi Jinping, Biden spoke in Bali.

Biden stated that he would send Secretary of State Antony Blinken to Beijing after discussing a variety of topics with Xi.

Biden stated, “There was a strong rejection of political violence and voter intimidation, an unequivocal declaration that the American people prevailed” in the elections.

He referred to the defeat of candidates who supported President Donald Trump’s repeated claims of election fraud despite dozens of court rulings against him when he called the election a “rejection of election deniers at every level.”

This last week, I have traveled. It has been evident how closely the international community, our allies, and our competitors have followed our elections,’ he continued.

He stated that they exhibited a “strong and unwavering commitment” to “preserving democracy.”

He stated that it demonstrated that America was “ready to play” and would continue to promote its values worldwide.