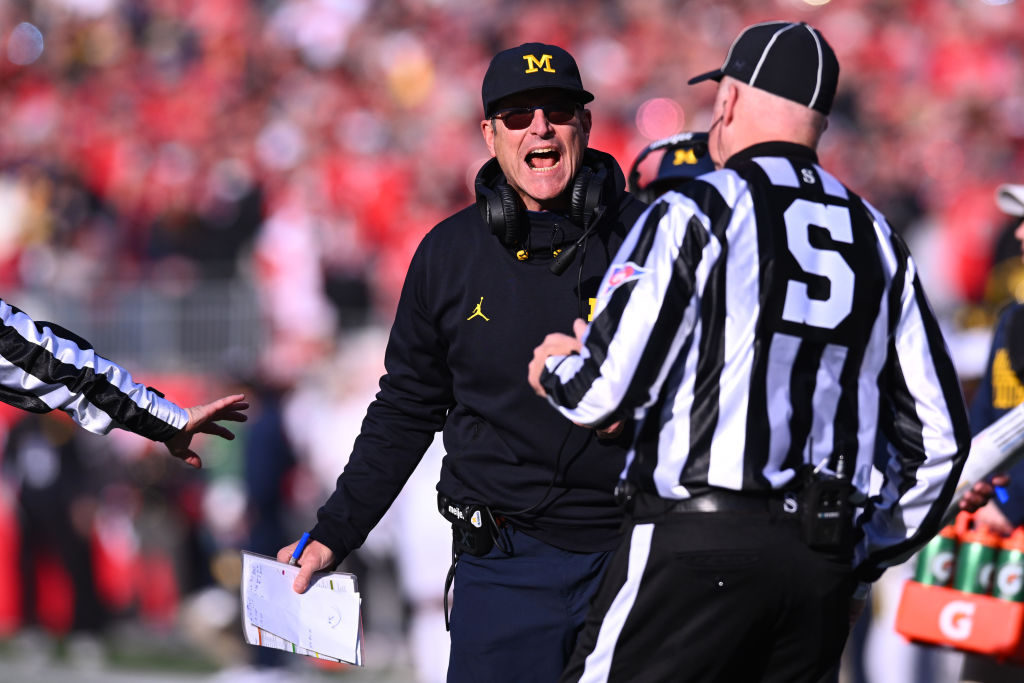 After Ohio State had dominated their Big Ten rivalry with Michigan for an extended period of time, the Wolverines had won two in a row, defeating the Buckeyes 45-23 in Columbus on Saturday.

Senior defensive back Mike Sainristil, who had seven tackles on Saturday, planted the Michigan flag in the exact center of the Ohio Stadium ‘O’ after the game.

The Big Ten East was at stake in the contest, and there was acrimony. In the third quarter, Ohio State tight end Gee Scott Jr. head-butted a Michigan defender.

In the previous two seasons, Michigan head coach Jim Harbaugh has experienced a remarkable reversal of fortune. Before the 2021 season, Harbaugh reduced his base pay from $8 million to $4 million in order to retain his position after losing his first five games against Ohio State.

Next Saturday, the Wolverines will travel to Indianapolis to compete for the Big Ten title against an undetermined opponent; a victory would clinch a spot in the College Football Playoff.