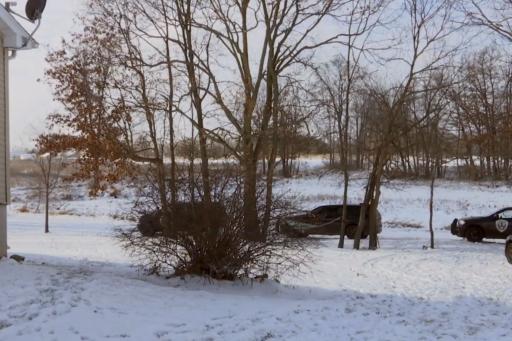 A nice neighbor and a “all-around great man,” the Michigan psychiatrist who went missing and was later discovered dead in a frozen pond close to his home, was remembered.

Dr. Bolek Payan, 32, who lived alone in Jackson County, was discovered Tuesday behind his home in Leoni Township.

Five days after his family in Illinois reported him missing during a Christmas vacation, his body was found, according to MLive.com.

The doctor, according to friends and his next-door neighbor Jenny Fordyce, was raised as an only kid in Chicago until recently relocating to Michigan.

Fordyce told the news organization, “He arrived here last winter, so we didn’t get an opportunity to know him for very long, but he was just an all-around nice man.

A few days before he disappeared, he left a Christmas card. Knowing him is gone just feels so surreal, she continued.

The neighbor recalled the summertime incident when Payan asked for assistance from her after purchasing a lawnmower.

Fordyce told MLive, “I don’t imagine he had much use for a big lawnmower in Chicago, so (my husband and I) were more than delighted to assist him.”

Payan, a 2017 Midwestern University Chicago College of Osteopathic Medicine alumnus who held a psychiatry board certification, had been employed by the Henry Ford Jackson Hospital’s behavioral health department since 2020.

“We are shocked to learn of Dr. Bolek Payan’s demise. His family, friends, and coworkers are in our hearts and minds, along with our sincere condolences, the Henry Ford Health System said in a statement to the outlet.

After Payan was last seen leaving Henry Ford Jackson Hospital on December 22, his family filed a missing persons report. Police dogs and a drone were used to search his home and the surrounding area, but nothing was found.

Police were able to access his home’s video surveillance system on Monday, and footage from that system showed him leaving on December 22.

After making holes in the pond’s ice, divers discovered his body, according to officials. He was found dead beneath the ice.

The incident is still being investigated, and the cause of death has not yet been established. The autopsy is still being performed by the Jackson County Medical Examiner’s Office, according to the police.

Due to the weather on the day he left his home and the fact that he was in the water, Blackman-Leoni Public Safety stated that they believe Dr. Payan would have passed away before he was reported missing.

The doctor’s family sought privacy at this trying time and declined to respond to MLive on Wednesday.