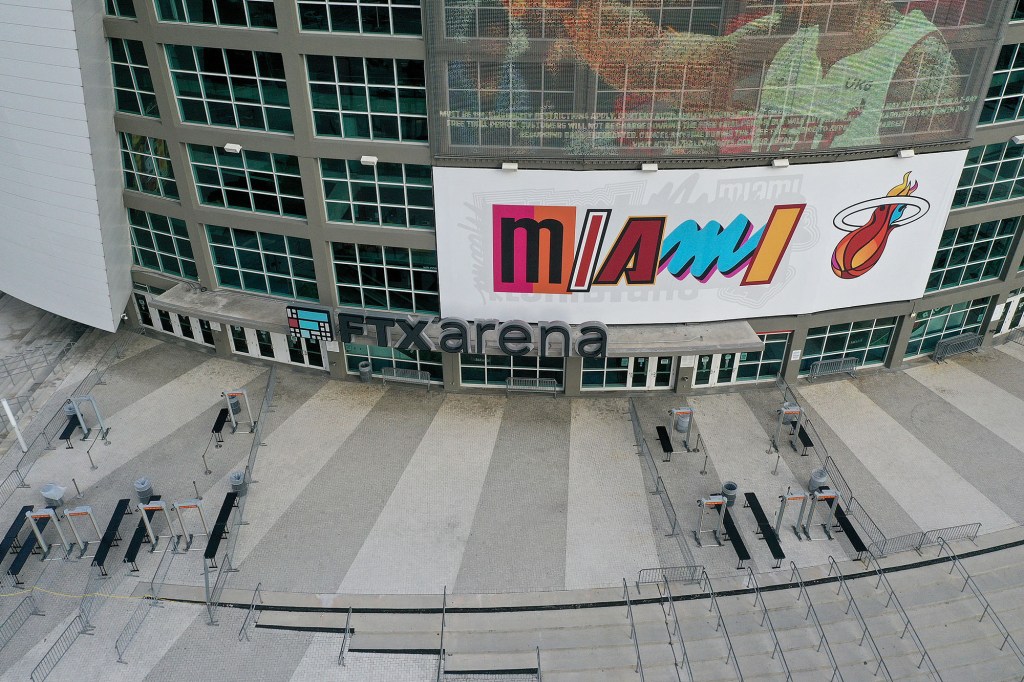 Miami-Dade County has sought a federal bankruptcy court for urgent approval to terminate its naming rights agreement with FTX and remove the company’s logo from the arena where the NBA’s Miami Heat play.

The county, which owns the arena and negotiated the naming rights arrangement with FTX, stated in a motion filed on Tuesday that continuing to refer to the structure as FTX Arena will only exacerbate the “enduring suffering” caused by the collapse of the cryptocurrency exchange.

In its motion, the county stated, “It does not appear that the Debtor will be harmed by the termination of the Naming Rights Agreement.” “However, Miami-Dade County continues to provide lucrative name rights and other perks to the Debtor, which hinders the County’s ability to seek a new naming partner for the Arena.”

Hearings are scheduled for mid-December. FTX signage remains on the building for the time being, and its name has not been altered.

The motion made on Tuesday was not unexpected. The county and the Heat began the process of ending their contract with FTX on November 11, the same day the firm filed for bankruptcy.

Miami-Dade County and FTX have just entered into a $135 million, 19-year sponsorship arrangement.

The fall of FTX has several connections to the world of sports. Last week, many players, including quarterback Tom Brady of the Tampa Bay Buccaneers, guard Stephen Curry of the Golden State Warriors, tennis star Naomi Osaka, and Heat big Udonis Haslem, were listed as defendants in a class-action lawsuit against FTX. The lawsuit asserts that their celebrity position rendered them responsible for promoting the company’s unsuccessful business plan.

FTX embarked into a number of additional sports-related agreements, including a partnership with Mercedes for Formula One racing and a sponsorship agreement with Major League Baseball, whose umpires wore the company’s emblem during the previous season. Mercedes has previously removed the FTX insignia from their racing automobiles.

Sam Bankman-Fried is being investigated for his mismanagement of depositor monies.

Since June 2021, the facility in Miami had been known as FTX Arena, and a 19-year, $135 million sponsorship relationship between FTX and the county was just beginning. The next payment due from FTX to the county is $5,500,000 on January 1.

As part of the agreement, the Heat would earn $2 million every year.

FTX was the third-largest cryptocurrency exchange, however it filed for bankruptcy after incurring losses totaling billions of dollars. State and federal officials are investigating the Bahamas-based firm and its founder, Sam Bankman-Fried, for allegedly investing depositors’ assets in unapproved enterprises.