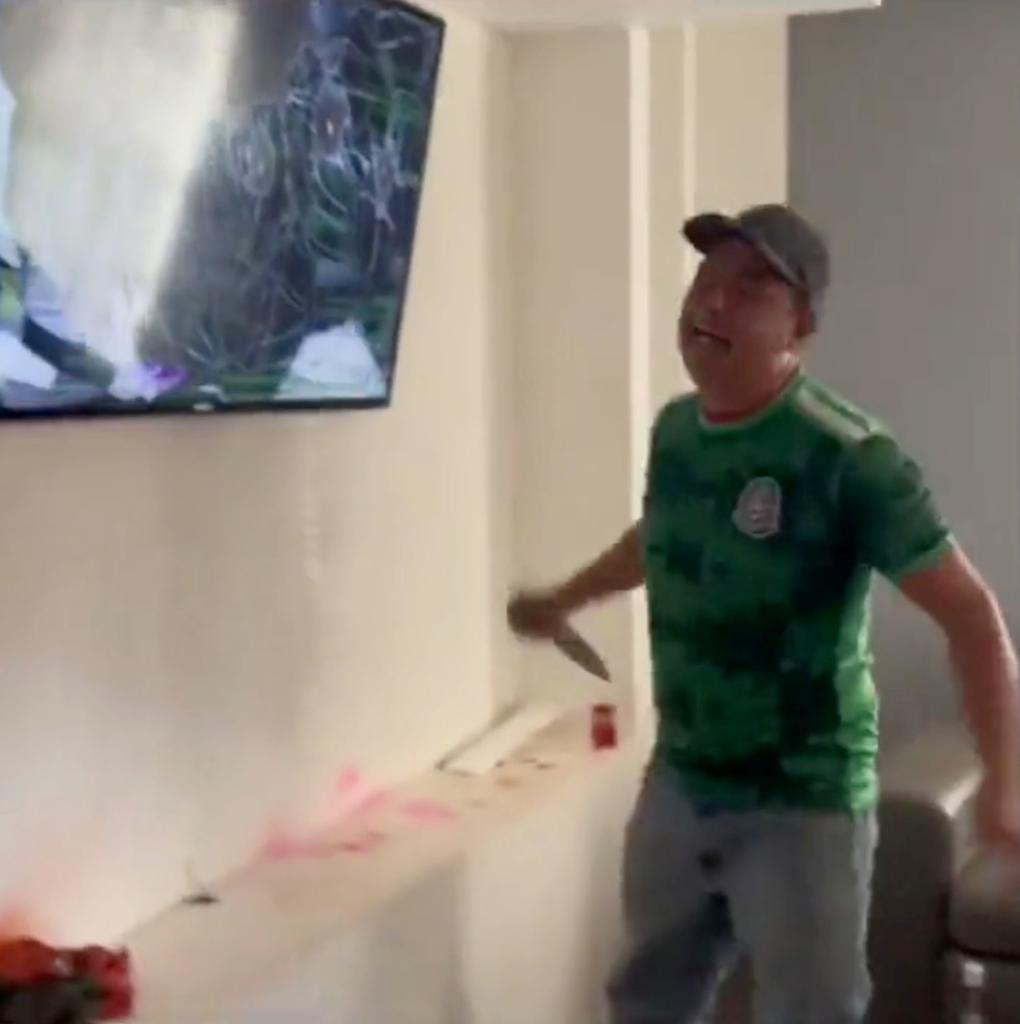 A video that was uploaded to Twitter shows the guy stomping on a big flat-screen TV with his fists, then slashing it with a knife while screaming hysterically.

His catastrophic tantrum was brought on by Mexico’s elimination on Wednesday, despite the fact that they had beaten Saudi Arabia 2-1.

The issue was that the group required assistance to go to Qatar’s round of 16 matches.

But as the speaker made very obvious, nothing completely clicked into place.

Mexico was eliminated based on goal difference, the first tiebreaker, along with Argentina’s 2-0 victory against Poland.

Poland drew with Mexico in their World Cup debut before losing to Argentina 2-0 on Saturday, while Mexico had a goal difference of minus-1.

Mexico was humiliatingly eliminated, failing to reach the knockout round for the first time since 1990. As a result, head coach Gerardo “Tata” Martino was forced to leave the competition early.

Martino told reporters, “I am the first to blame for this awful disappointment and unhappiness that we feel. As the person in charge, I totally accept responsibility for this significant failing, which makes me very sorry.

On Twitter, the video of the devoted supporter sporting team green attire has received 3.4 million views.