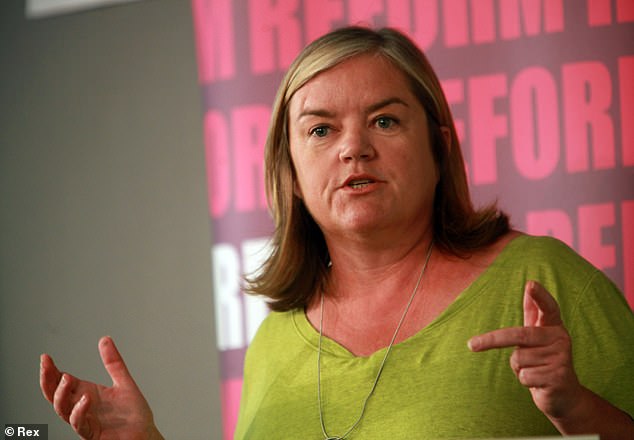 After confessing to sobbing over the scathing Casey Report, Met Police Commissioner Sir Mark Rowley today would not rule out the possibility that another Wayne Couzens would be working for his department.

Hundreds of police were caught getting away with sexual misbehavior, racism, and sexism, according to the assessment.

It prompted requests for a statutory investigation this morning and claims that Commissioner Rowley’s decision to fire officers “missed the bigger point.”

Following Couzens’ murder of Sarah Everard, Baroness Casey was asked to conduct a study, which exposed the flaws within Scotland Yard.

And in a remarkable radio interview this morning, Met chief Rowley, 57, would not rule out the possibility that another murderer is still on the police.

You can’t look me in the eye and tell me there isn’t now another Wayne Couzens in the police, can you, LBC presenter Nick Ferrari pressed?

Rowley: “The evidence shows that we do, and I’m going to fix it. I can’t look you in the eye and say we don’t have officers who are abusing women appallingly.

The combination of reading early copies of the report and speaking with organization executives over the last two weeks caused him to say, “I have shed a tear.”

After barely one month on the job, the police chief has admitted that hundreds of his officers are “behaving disgracefully, eroding our credibility.”

Numerous policemen were discovered to have stayed in the ranks despite being charged with heinous offenses including sexual assault, domestic violence, corruption, and fraud, according to Baroness Casey’s assessment.

According to its findings, “institutional racism” and prejudice in the force’s disciplinary procedures fostered a culture in which “anything goes” and personnel were not subject to dismissal.

Sir Mark has demanded that the system be revamped, which would need a change in the legislation.

Suella Braverman, the home secretary, is said to be contemplating implementing the new regulations.

However, several people thought the commissioner’s promise to fire additional officers was oversimplified and demanded a comprehensive statutory investigation of the police.

‘What the Casey Report reveals very clearly is that there is a case to answer for systemic sexism and racism in the Met,’ said Mandu Reid, the leader of the Women’s Equality Party.

“However, Chief Mark Rowley of the Met Police’s reaction exemplifies the problem’s true scope.” His emphasis on firing the questioned officers, although the proper course of action in such circumstances, ignores the bigger picture.

“The culture of the Met lets racism and sexism to exist unchecked in addition to allowing those officers to evade prosecution.” Without addressing this, the Met will just have to fire hundreds of officers each year since nothing will really change. This will hurt women and people of color because it amounts to throwing the issue under the rug.

“Nothing short of an impartial, statutory investigation with the authority to compel witnesses and evidence will be able to remedy this,” the author writes. For years, I have pushed for a formal investigation into sexism in the Met on par with the Stephen Lawrence investigation.

Almost no officers have ever been fired, with just 5% of all misbehavior instances resulting in a punishment;

Several policemen have been the subject of 19 misconduct investigations, and one is still serving after being charged with 11 offenses, including sexual harassment, assault, fraud, information leakage, and sending lewd photos;

Black officers and personnel are 81% more likely than their white counterparts to face misconduct allegations due to racism in the ranks;

Some bosses support bullying and sexual harassment of female personnel;

Less than 1% of officers who are accused of misbehavior and are facing several instances are discharged.

The “painful” report “shames us,” Sir Mark added after offering his apology. He said that the report had made him furious and “upset,” and that it had been “hard not to shed a tear” at how certain female and black officers had been handled.

Currently, only 30 to 50 officers are let go from the police annually. Only 5% of the almost 9,000 Met officers and employees who have been accused of wrongdoing since 2013 have been fired, according to statistics.

Just 13 people—less than 1%—out of the 1,809 who were involved in several misbehavior cases had their jobs terminated.

This leads many officers and employees at the Met to believe that discriminatory behavior is really not against the law and contributes to the perception that “anything goes,” according to Baroness Casey.

Asian and Black probationary officers are 123% and 16%, respectively, more likely to be terminated than their White counterparts, who often get away with lying during vetting and failing examinations.

The study also revealed that sexual predatory behavior was tolerated within the ranks.

In one unit, 47% of the female staff members reported having encountered sexism and misogyny in the previous six months. In another municipality, 22% of public safety officers and 37% of emergency response personnel have experienced unwelcome sexual attention or contact.

One female officer remembered “being informed that you couldn’t claim there was no permission to unwelcome sexual touches if you fell asleep on a night duty.” A female coworker had reported an officer for sexual assault, but superiors did nothing when she did, it was revealed after the officer was found guilty of the offense.

In one unit, 47% of the female staff members reported having encountered sexism and misogyny in the previous six months. In another municipality, 22% of public safety officers and 37% of emergency response personnel have experienced unwelcome sexual attention or contact.

One female officer remembered “being informed that you couldn’t claim there was no permission to unwelcome sexual touches if you fell asleep on a night duty.” A female coworker had reported an officer for sexual assault, but superiors did nothing when she did, it was revealed after the officer was found guilty of the offense.

Others expressed to Baroness Casey their anger about wrongdoers’ lack of repercussions and how the system was “stacked against them.” Many people were intimidated into keeping quiet about inappropriate behavior and made to “feel like they were the problem when they addressed a conduct concern.”

We don’t want this behavior at the Met, one inspector said. We could fire someone for less if we were employed by Tesco.

Allegations of sexual misbehavior or discrimination, according to Baroness Casey, were less likely to result in a case to answer than other accusations. Upon internal examination, it was discovered that 24 policemen had undergone two or more investigations for sexual misconduct and domestic abuse without taking into account prior complaints.

This is the peer’s first report after being hired to examine the force’s culture and misbehavior policies in the wake of several scandals.

The Home Office declared a review of the procedures for firing police officers, a determination of whether local authorities have used their authority to fire probationary officers, and a determination of whether the rules regulating the disciplinary process need to be altered. The public rightfully expects the greatest standards of conduct from police officers, and the overwhelming majority of them live up to this expectation, according to Mrs. Braverman.

However, too many high-profile occurrences and reports in recent years, particularly in London, have eroded public confidence, which is unjust to the public and disappoints other serving officers. This can’t go on. The police’s culture and standards need to change. And demonstrative, public action must be done when an officer has gravely failed to live up to these standards.