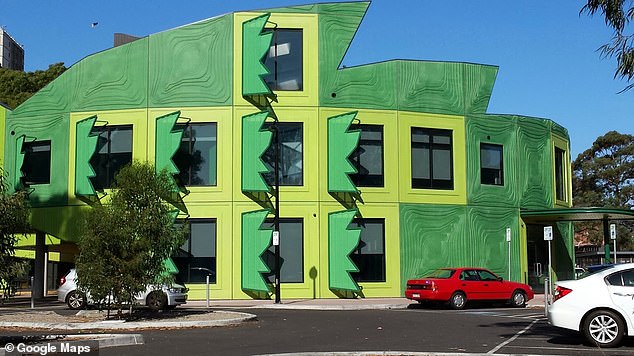 A guy overdosed at a ‘drug den’ just yards from a legal injecting room, as residents condemn the facility and claim they’re sick of ‘junkies’ openly shooting up on the streets.

Last week, disturbing footage shows paramedics in Melbourne attempting to rescue a man alleged to have overdosed on heroin in a multi-level carpark near an injecting facility in North Richmond.

Another observer is observed acting strangely before suddenly slumping to the ground.

In the background of the video, a woman can be heard stating that she is traumatized.

A disturbing video shows Victorian paramedics attempting to save a guy who overdosed in a carpark near North Richmond’s injecting room.

In the footage, another individual standing near emergency personnel behaves abnormally before falling to the ground.

According to the Herald Sun, the man who was resuscitated is currently recovering in hospital.

Locals have labeled the parking lot a “drug den,” claiming that drug addicts hide between cars and openly take drugs.

Residents have criticized the adjoining injecting room, stating that drug use in the region is “out of control.”

“We are sick and weary of being faced with this on a daily basis. One local stated that there should be more outreach workers to assist drug users and prevent overdoses.

He asserted that the injection room was “obviously failing.”

The medically supervised injecting centre in Melbourne was inaugurated amid controversy in 2018 as part of an 18-month study that has been extended until 2023.

The scheme was implemented by the government of Daniel Andrews in an effort to save lives and avoid overdoses by offering a clean area for drug users in the throes of addiction.

The man is currently suffering from a heroin overdose in the hospital.

Sharon Neven, a North Richmond resident of more than two decades, echoed the man’s worries and advocated for change.

This is very tragic. There are many who believe we deserve to live in this environment and make us feel guilty for complaining. She stated that families should not be exposed to this.

Ms. Neven noted that if the injecting room was “serious about saving lives,” the personnel would monitor neighboring streets and hunt for anyone who had used or overdosed on drugs after visiting the facility.

Emma Kealy, the mental health shadow minister for Victoria, stated that the state government was not forthcoming about the injecting room failing “all performance measures.”

She stated, “There are more overdose deaths within one kilometer of the room, more needles on the street, and children at the elementary school next door are exposed to drug usage, sexual actions, and dead bodies.”

A Victoria police representative told Daily Mail Australia that officers were dispatched to the scene to assist paramedics, but that their presence was no longer required once they arrived.

Officers will continue to target drug-related criminality in the Richmond area, according to a Victorian police spokesperson (pictured, two people seen using drugs in North Melbourne)

Police will continue to focus on disrupting and deconstructing drug-related activity in the Richmond area, according to a spokeswoman.

Local detectives will focus on creating a hostile environment for criminals by targeting offenders and conducting thorough investigations of major crime.

A spokesman for Victoria’s Department of Health stated in a statement that drug abuse and antisocial behavior were a persistent issue in the North Richmond region, which led to the establishment of an injecting room.

She claimed that the clinic had saved 44 lives, handled 5900 overdoses, and alleviated the burden on hospitals and local health services.

The state government is currently contemplating the addition of a second injection site in the region.