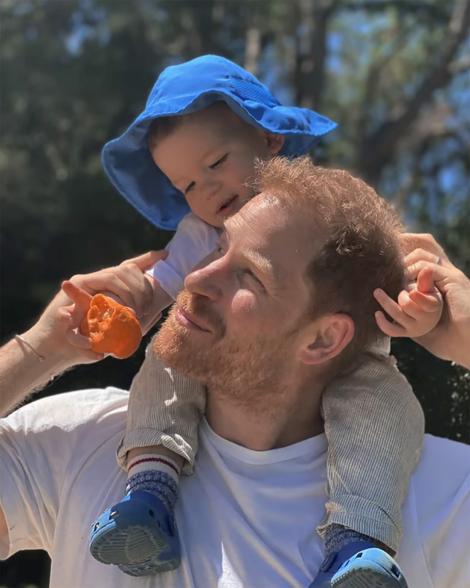 And when it comes to baby carriers, Meghan Markle frequently uses Ergobaby products for both her 3-year-old son Archie and 1-year-old daughter Lilibet.

In Netflix’s “Harry & Meghan” docuseries, which is filled with never-before-seen family images and videos of the Sussex children, the former “Suits” star is shown carrying Lilibet in the brand’s lumbar-supporting Omni 360 All-Position Baby Carrier ($114, originally $180).

In 2020, she was observed carrying Archie in the best-selling baby carrier on a hike in Victoria, so she may be recycling one that previously belonged to him.

With a 4.5-star rating out of over 4,000 reviews on Amazon, the carrier is currently the site’s bestseller in the “Baby & Toddler Hiking Backpacks” category.

The Duchess of Sussex reportedly pairs hers with the brand’s Ergobaby Rain Cover ($40), which is designed to provide additional protection against the weather on wet days.

In the same shot as the Ergobaby carrier, Markle’s daughter Lilibet also wears a $49.00 Cocobear pom pom cap from Make Give Love.

The cold-weather fashion originally belonged to Archie, who wore his with miniature Ugg boots in a 2020 photograph with Prince Harry.

The most recent episodes of the docuseries also feature a look at Markle’s star-studded baby shower, which was held in New York City ahead to the 2019 birth of Prince Archie.

In addition, the duchess’ wedding dress designer will describe the pressure to create the “ideal” bridal look, and Markle will reveal her rainbow-colored clothes for her 2020 royal farewell tour.