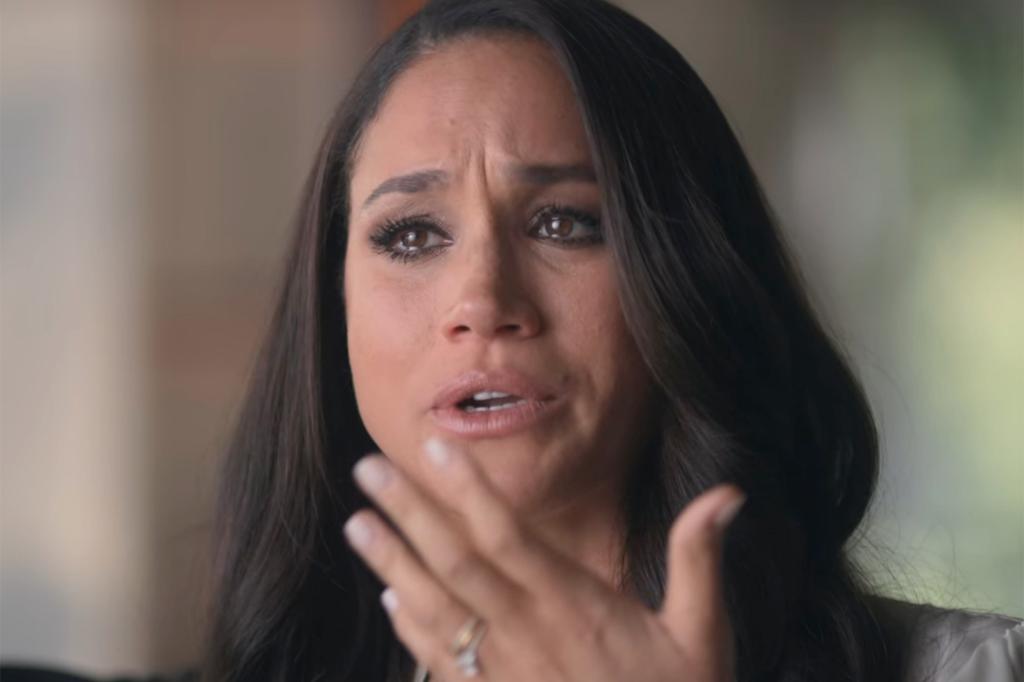 Meghan Markle sheds tears as she recalls how “hard” she fought to “blend in” prior to her January 2020 departure from royal duties.

In the Thursday-released second half of “Harry & Meghan,” the “Suits” alum confesses, “I tried so hard.”

“This is the most provocative piece,” she continues. “Because… it was still inadequate, and you still do not belong”

Markle, 41, discusses her departure from England in the documentary series, stating that a guy supervising the plane’s crew removed his hat and expressed his gratitude for “what [she] did for the country.”

The Duchess of Sussex recalls, “It was the first time I felt that someone recognized my sacrifice, not for my own nation, but for this nation. It does not belong to me

Markle claims that she slumped into the arms of one of Prince Harry’s longtime security officers upon landing in Canada.

In March 2020, the couple and their then-3-year-old son Archie remained at Tyler Perry’s Los Angeles estate following their relocation to Canada. Later that same year, they relocated to Montecito, California, where they welcomed their daughter Lilibet, now 1 years old, in June 2021.

Four months prior to the birth of their daughter, the couple officially resigned from all royal obligations.

Buckingham Palace issued a statement in February 2021 that said, “Following consultations with the duke, the Queen has confirmed in writing that in stepping away from the work of the royal family, it is impossible to continue with the responsibilities and duties of a life of public service.”

While everyone is grieved by their decision, the duke and duchess remain beloved family members.

In the Netflix show, Harry, 38, emphasizes that Markle is not “to blame” for their new life.

“I made the decision. She never requested to depart. Due to his wife’s maltreatment by the media and her struggle with suicide thoughts, the Duke of Sussex says he had “no other choice” but to witness the situation for himself.

Markle disclosed in March 2021 that she considered suicide during her pregnancy with Prince Archie, stating at an event earlier that month that “sharing experiences and sharing tales has a tremendous influence.”

During Markle’s troubles, Harry has accused his family members of “not being willing to disclose the truth to protect” him and Markle.

Call or text the Suicide & Crisis Lifeline at 988 if you or someone you know is affected by any of the topics addressed in this article.

»Meghan Markle sheds tears during her parting speech: “I tried so hard” and “I wasn’t good enough.”«