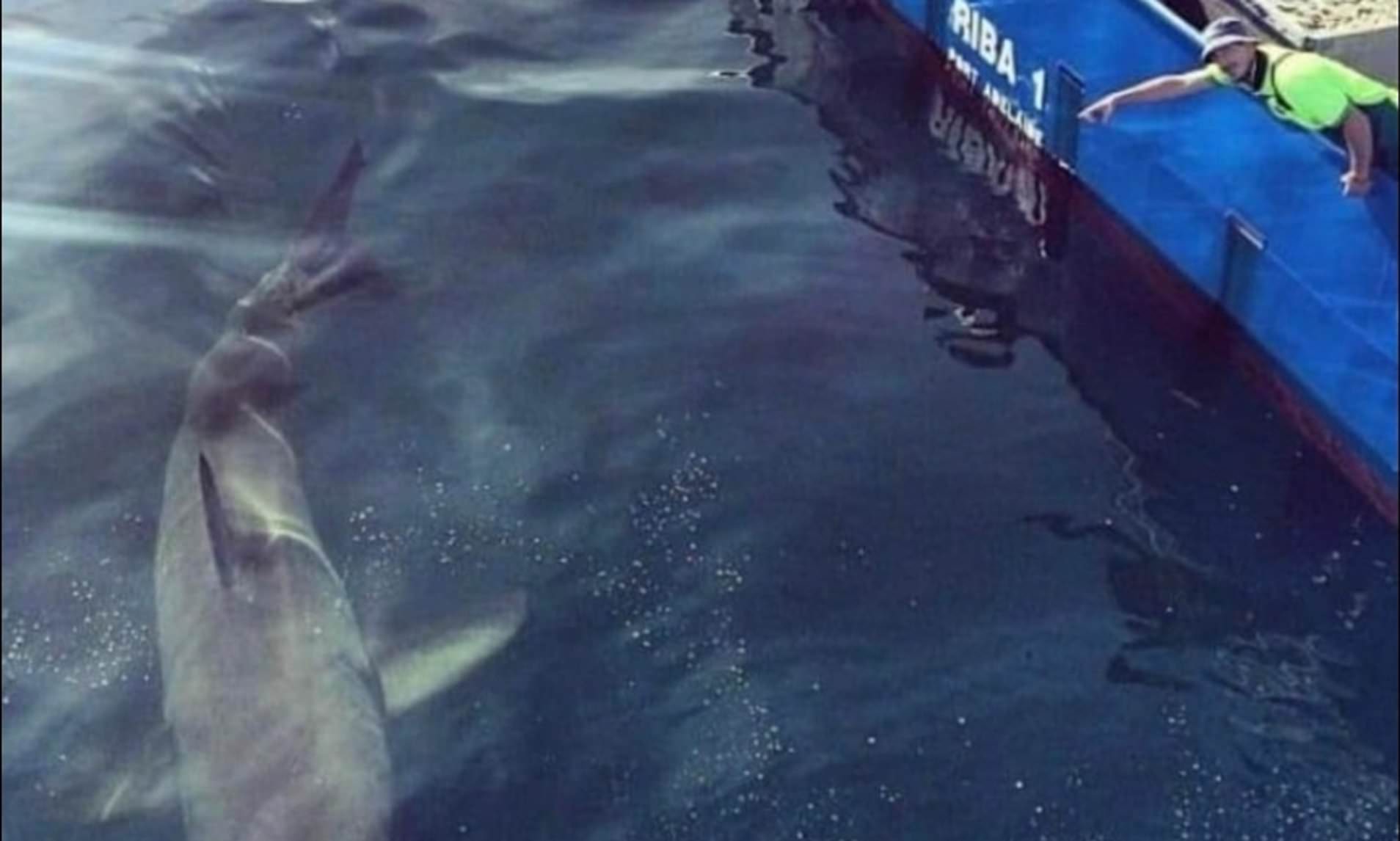 A remarkable photograph depicts a’megashark’ – around 5 meters in length – lurking near a tuna farm off the southern Australian coast.

A scary image emerged on Friday of a top predator stalking a fisherman just meters away off the coast of Port Lincoln, South Australia.

The image depicts a worker in high visibility clothing pointing at a massive great white shark from the safety of his fishing trawler.

A fan who submitted the image advised visitors to consider the size of the employee: See the gentleman in the picture for reference!

Numerous fishermen were astounded by the number of guests who were “chillin’ and waiting for some munchies.”

One person characterized it as a “absolute monster,” another as a “megashark,” while another joked, “We’re going to need a bigger tuna net.”

Another remarked, “You’ll probably wind up on the deck of your boat.”

Great white shark: Facts you need to know about

The great white shark, often known as a white pointer, is possibly the most dreaded marine animal.

They have patrolled the world’s waters for 15 million years, becoming the top predator of the sea.

Despite their rarity, great white shark attacks on humans garner tremendous media coverage in newspapers and on television around the world.

And of the 63 deadly attacks recorded throughout the history of human deaths, 27 have taken place in Australia.

It is five times more likely that you will be struck by lightning than you will be attacked by a great white shark.

Juveniles consume fish, and as they mature, they consume marine turtles, seals, dolphins, and small whales.

Additionally, they feed on the carcasses of huge whales.