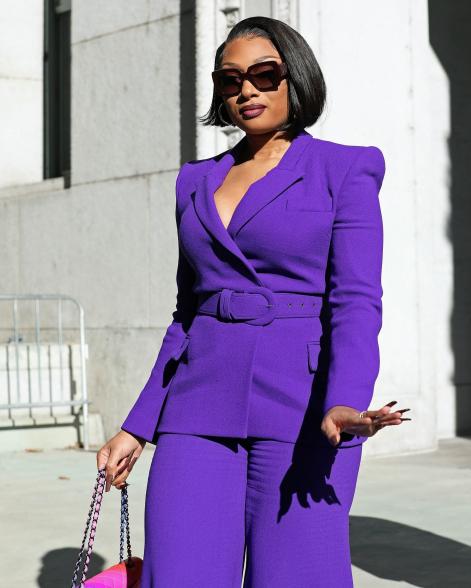 Tory Lanez has been found guilty of all charges related to the shooting of Megan Thee Stallion in July 2020.

Lanez was convicted of one felony count each of assault with a semi-automatic firearm (personal use of a firearm) and transporting a loaded, unlicensed firearm in a vehicle. He was also convicted of negligently discharging a handgun, a separate criminal charge.

According to a source, he was remanded on the spot.

Megan’s attorney, Alex Spiro, told Page Six following the judgment, “The jury got it correctly. I am grateful that Meg has received her due.

In a statement to Page Six, Lanez’s attorney George Mgdesyan says, “We are shocked by the verdict. Insufficient evidence existed to convict Mr. Peterson. This case was not proven beyond a reasonable doubt, in our opinion. We will investigate all possibilities, including an appeal.”

According to TMZ, the “Talk to Me” rapper now faces 22 years in prison and there is a “strong likelihood” he will be deported back to his native Canada.

The date of his sentencing will be determined at a later time.

Megan, 27, took the stand on December 14 in a purple power suit and claimed in front of Lanez, 30, and the entire courtroom that the “Say It” singer fired multiple shots at her while yelling “dance, b*tch!” during an argument in their car on the way home from a party.

The “WAP” rapper claimed the dispute began over their sporadic sexual relationship before escalating into a dispute over their respective musical careers.

“I’m stunned. Megan recalled her fear during her testimony. “I can’t believe he’s shooting at me when I hear the rifle discharge.”

The “Savage” rapper also alleged that Lanez promised her and her former best friend Kelsey Harris, who was present in the car at the time of the event, $1 million apiece to be silent and not report what transpired.

Harris also testified throughout the trial, but her claims contradicted those she made to prosecutors in September.

According to Rolling Stone, Megan’s ex-best friend earlier claimed that Lanez threatened to shoot her inside the Cadillac Escalade before opening fire on Megan.

To “defend” herself, she claimed that the interview was “inaccurate” and that she was “untruthful.”

She admitted sending a text message to Megan’s bodyguard that said “Help / Tory shot meg / 911,” but she claimed it was based on “assumptions,” according to Rolling Stone.

Megan’s bodyguard, an additional crucial witness in the trial, unexpectedly “disappeared” prior to testifying.

However, a source later revealed to Media Takeout that Justin Edison, a former member of Megan’s security team, was on assignment in Qatar because one of his customers was “at the World Cup.” According to reports, he would not return in time for the trial.

In the meantime, Lanez declined to take the stand on the advice of his legal counsel.

The Canadian musician, whose real name is Daystar Peterson, pleaded not guilty previously to one felony count of assault with a semiautomatic pistol and carrying a loaded, unlicensed firearm in a vehicle.

Lanez has maintained his innocence, even referencing it in his album “Daystar.”

During the trial, the “LUV” singer’s attorney, George Mgdesyan, argued that his client’s DNA was not discovered on the accused murder weapon.

The representatives for Lanez did not immediately respond to Page Six’s request for comment on the verdict.