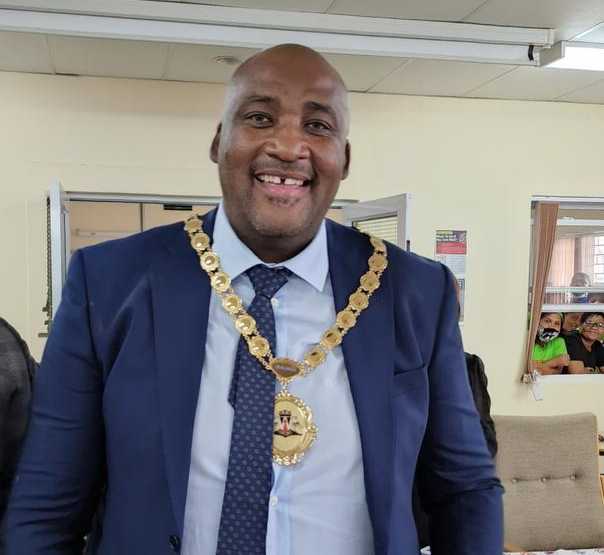 Gayton McKenzie, the head of the Patriotic Alliance (PA) and a former prisoner, pledged to accomplish miracles as mayor of the Karoo. He has now set his eyes on becoming the president of South Africa in 2024, after accomplishing what many considered impossible.

In a wide-ranging interview with Sunday World, the PA leader stated, “I will quit in April to canvass the entire country to vote for me to become president of South Africa in 2024; I will visit each and every location in South Africa.”

The Central Karoo District mayor was pleased with his accomplishments over the past year, citing the area’s development as the inspiration for the moniker “Dubai West.”

Since his election in April, he has been loyal to his pledge that he does not wish to receive a salary or a state vehicle.

He provided residents with employment by enlisting their assistance in repairing the Karoo’s swimming pools, which he expects to produce future swimming champions.

The identified five pools were in a state of disrepair, and temperatures in the Karoo can exceed 40 degrees. McKenzie stated that he and his crew intended to repair at least four of the swimming pools without receiving funding from the municipality.

“We will address one issue next year. This was one of the most reassuring goals, he said, to see smiles on the faces of parents and children in the Karoo.

Additionally, six factories have been opened, resulting in the creation of jobs. Mckenzie stated, “As soon as the factory closed, a new entrepreneur stepped up to the challenge and will reopen it.”

We were successful in attracting significant investors to invest in a logistics hub, housing flips, and a hospital in the region.

Additionally, Mckenzie erected the first solar energy panels as part of Central Karoo’s energy program, abolished pit latrines, and enlisted the assistance of inmates in repairing the homes of victims of gender-based violence.

He also addressed the matter of paying Eskom R64 million, which the municipality owes.

McKenzie stated, “We took over a bankrupt municipality that was placed under a financial recovery plan by the province. After paying off the debt, we never dipped into our overdraft and we never missed an Eskom payment.”

He also disclosed his objectives for the next four months.

“Provide clean water to the residents of Leeu Gamka.” Attract investment for the following projects: the construction of an airport, a civic center, low-cost housing, five solar power plants, a golf course, a new living community, and a new resort.”

McKenzie guaranteed that the aforementioned will obtain employment in the district.

He finished by stating, “The majority of people in Central Karoo are pleased with the progress that has been made; but, a minority are dissatisfied; you cannot make everyone happy.” The government’s bureaucratic red tape is an enormous problem, but we will overcome these obstacles.”

McKenzie is also confident in his ability to resolve the loadshedding situation at Eskom.

A portion of his social media post reads, “I have put my name up as a possible CEO, although the likelihood of that happening is practically minimal due to my political affiliation. However, here are seven actions I would advise to fix Eskom.”

»McKenzie aims for the president following a successful term as mayor«