Skip to content
Go Home «» News «» Breaking News «» McCarthy is defeated in three rounds of voting, and the House adjourns without electing a speaker 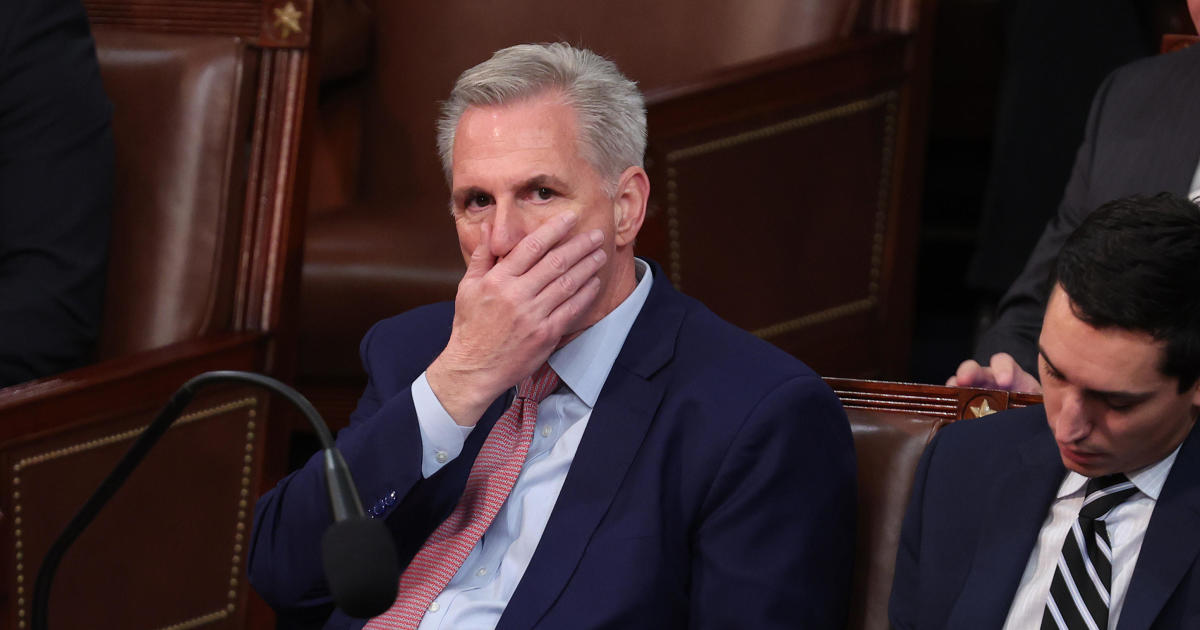 Republican Leader Kevin McCarthy told reporters on Tuesday night that he will not drop out of the race for speaker under any circumstances, while he seemed inclined to make additional concessions to the Freedom Caucus if necessary.

This contradicts his Tuesday morning statement to the Republican conference that he was done negotiating.

“If you want to go to 218 votes, you’re going to have to keep talking,” he remarked this evening, after failing three times in a row to become speaker. McCarthy continued, “Although he acknowledged that “this is not the day I had hoped for, he stated, “I feel rather well.” No.”

He stated, “I believe we will find a way to get there.” “And this is a robust discussion. It may not occur on the date we desire, but it will occur.”

McCarthy continues to hold negotiations with the GOP holdouts, but he did not provide any additional information.

Additionally, he stated that he met with former President Donald Trump on Tuesday evening and that Trump believes that “He believes that all Republicans should work together to resolve the issue. It may not look good for the Republicans, but we hope to find a solution that will make us stronger in the long run.”

McCarthy responded, “Oh, yes, I mean he’s talked to a number of folks on all sides,” when asked if Trump told him he wanted him to remain in the race. Reporters also inquired as to whether he believes Trump’s reaffirmation of support is necessary.

In addition, he argues that he needs between 213 and 218 votes to prevail, given that Democrats have 212 votes. However, a number less than 218 would establish an absolute majority only if some members are absent or vote “present.” McCarthy claimed that he is not attempting to amend the speaker election rules to demand a plurality rather than a majority. He claimed that he could win the election if some of the 19 holdouts vote “present.”

He informed the press, “The Democrats have 212 votes; you have 213 votes, and the others remain silent. This is how you can succeed.”

»McCarthy is defeated in three rounds of voting, and the House adjourns without electing a speaker«