Skip to content
Go Home «» News «» Breaking News «» Mayorkas: “No decisions” on Title 42 and the border while tens of thousands of migrants pour into Texas 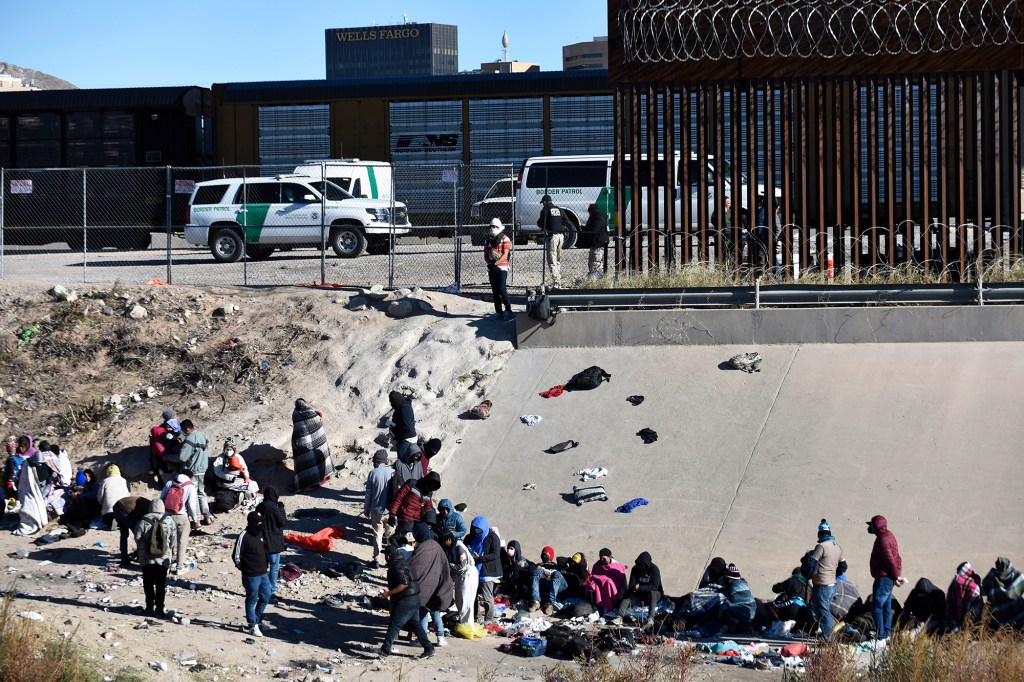 During a visit to El Paso, the head of the Department of Homeland Security, Alejandro Mayorkas, stated that “no decisions have been made” regarding the end of Title 42, despite the fact that the city is flooded with 2,400 border crossers per day and has released 900 migrants onto the streets in two days.

According to the El Paso Times, during the two-day trip to the border, Mayorkas promised “a whole bunch of things” to prevent a humanitarian crisis at the US-Mexico border but offered few specifics.

“There are a lot of debates about alternative approaches and how to reduce the number of border encounters,” Mayorkas told the newspaper, adding, “No decisions have been taken.”

Twenty Republican members of Congress have called for the impeachment of Mayorkas when the GOP assumes control of the House of Representatives in January.

Rep. Andy Biggs (R-Arizona) proposed articles of impeachment against President Biden’s DHS chief last year, accusing him of having “released more than one million illegal aliens into the country” and stating that “the majority of these freed illegal aliens will never be heard from again.”

Every day, 2,400 migrants cross the border into El Paso, Texas.

Mayorkas has frequently declined to describe the border situation as a “crisis,” instead referring to it as a “major issue.”

Asylum seekers who are determined by Immigration and Customs Enforcement to potentially have a viable claim are permitted to remain in the US while their claims are examined, a process that can take years due to the 1.9 million case backlog in immigration courts.

Many had been expelled under Title 42, a program utilized by the Border Patrol to expel roughly 40 percent of illegal immigrants for public health grounds. A judge ordered that it must expire on December 21, after which communities like as El Paso anticipate an influx of 2,000 extra individuals every day.

DHS Secretary Alejandro Mayorkas has pledged to take “a multitude of steps” to prevent a humanitarian calamity at the border.

Mayorkas visited the Paseo Del Norte Port of Entry on Tuesday, less than two miles away from where thousands of migrants, predominantly Nicaraguans, wait in line to surrender to Border Patrol.

Sunday night, more than 1,500 migrants jumped the river separating Mexico and the United States and entered El Paso. Hundreds more continued to arrive daily after that.

According to El Paso Matters, when asked what he would say to those who claim the border is out of control, Mayorkas recognized that the immigration system is dysfunctional.

Twenty Republican members of Congress have demanded that Mayorkas be impeached when the GOP assumes control of the House.
AP

“They are turning themselves in to the Border Patrol in order to pursue their claims for humanitarian aid, as our laws require,” Mayorkas added.

Rep. Cuellar told Fox News: “Border communities are requesting assistance.” “We must alter something. We must act as though everything is well and the border is secure, despite the fact that neither is true.

Since President Joe Biden has been in office, historic numbers of migrants have crossed the border, including over 2,4 million in the most recent fiscal year.

»Mayorkas: “No decisions” on Title 42 and the border while tens of thousands of migrants pour into Texas«