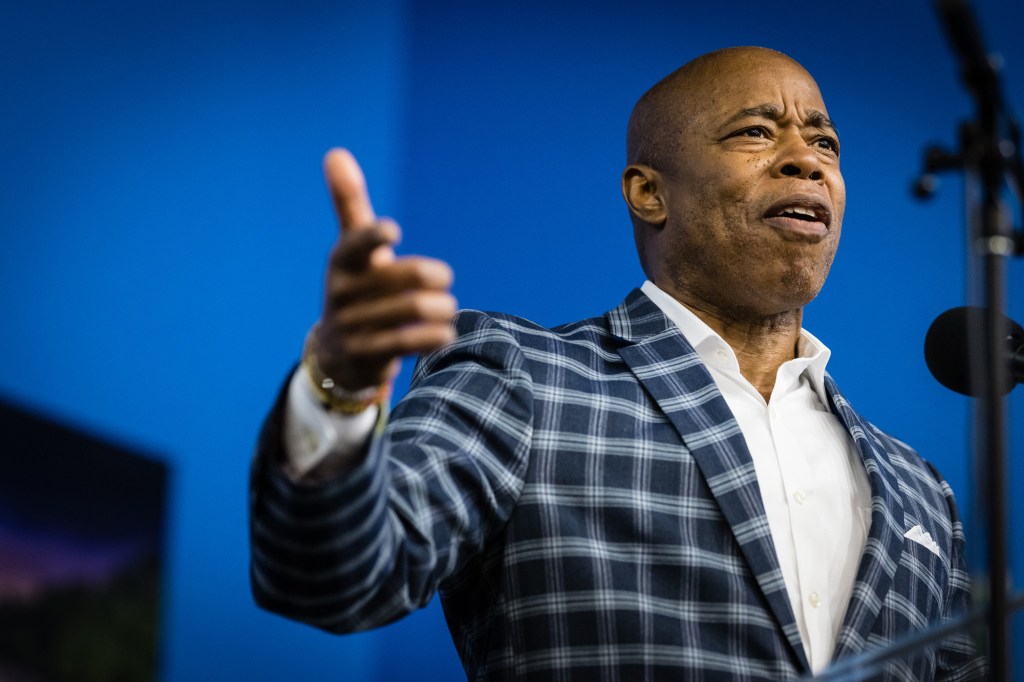 Political analysts assert that Mayor Adams’ fundraising prowess resembles that of a candidate for the White House, despite the fact that he is already vigorously campaigning for a second term as mayor of New York.

Adams has raised more than $1.27 million for his 2025 re-election campaign in his first year in office, with $632,636 – or over half – coming from out-of-state donors, according to his disclosures with the municipal Campaign Finance Board from last week. In the past six months, 87 gifts of up to $2,100 each netted him a total of $408,402 in earnings.

His sums transcend those of his predecessors.

Although Adams dismissed a Post claim that he is interested in running for president in 2024 or later, Democratic political expert Hank Sheinkopf said Adams’ prolific fundraising campaign indicates he’s poised to “break the New York mayor’s curse” of having “political careers end at City Hall.”

“He is a black, centrist Democrat who is also a former police officer,” Sheinkopf added. If he can demonstrate over the next five years that he can govern New York and repair some of its problems, he becomes a genuine national player, whether he wants to run for president or for the party’s vice presidential candidacy. This is the direction the country is heading.”

He added that the records demonstrate that possible mayoral candidates will have a difficult time matching Adams’ “career fundraising prowess.”

Adams qualified for an additional $10.1 million from the city’s public matching funds program after raising over $9 million in private contributions for the 2021 mayoral election.

The real estate, film and television production, and food-services industries, among others, have contributed significantly to Adams’ 2025 campaign coffers by betting on his pledges to aid the cash-strapped Big Apple’s financial recovery from the pandemic.

Since July, these contributions have come from officials at GrubHub, which is lobbying the city to relax food delivery regulations; executives at Broadway Stages in Brooklyn; and a real estate tycoon. William Lie Zeckendorf

Adams’ current war chest totals $1,061,152, while his campaign expenses total $216,826. This includes support for his reelection campaign and travel to Beverly Hills, Chicago, and other cities to build his national profile.

A lawyer for the mayor’s campaign, Vito Pitta, stated that Adams is “completely focused on his job as mayor and moving New York forward, which is why so many New Yorkers have already backed his campaign.”

“His policies to reduce crime and increase affordability resonate in other cities that face challenges similar to those of New York,” he added.